You’ve been doing your period all wrong: An L.A. company smashes menstruation taboos

This certainly has been the year of the period in terms of long-overdue strides in rethinking the conversation around and the cost associated with women’s menstruation.

Adopting a dog after meeting my wife changed me

Much of the progress happened this fall. That’s when Pantone Color Institute released a new color, Period red, a vivid shade the company launched in September in collaboration with Swedish feminine product brand Intimina in an effort to destigmatize perceptions around having a period.

Then there was the arrival of products from Los Angeles-based the Period Co., a line of absorbent organic-cotton period underwear. It was started by celebrity stylist Karla Welch, whose clients include Tracee Ellis Ross, Justin Bieber and Sarah Paulson, and marketing expert Sasha Markova, former executive creative director at Impossible Foods.

In October, Welch and Markova marked the Period Co.’s debut as an endeavor to change the conversation around menstruation.

The company’s launch came weeks before the news that Scotland had passed a bill in late November to become the first country to provide free menstrual products to anyone who needs them. (This latest effort comes two years after Scotland began offering free period products at universities and schools.)

“We wanted to create a brand that psychologically connects people back to the planet and back to their bodies and what their bodies do,” Welch said of the Period Co. “Rinse out your period underwear. Rinse out your blood. There’s something amazing in that because you’ve been told you can’t have that blood or that blood on your hands. We want to bring this new story to the masses.”

Markova said she and Welch saw two major issues as the impetus for starting the Period Co. One was the steep price tag that came with the options for period underwear; the second was the waste that tampons and pads create for the environment. (For reference, the average woman uses up to 16,000 tampons in her lifetime.) 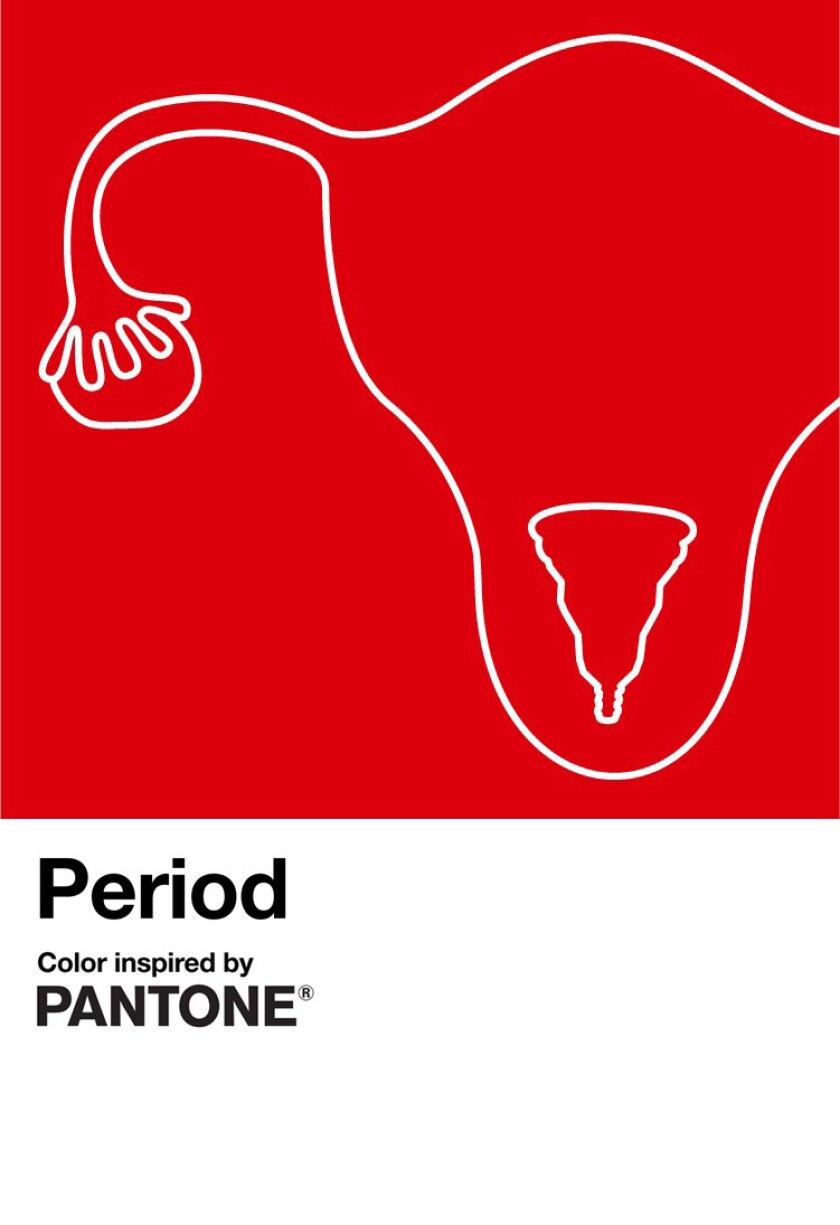 “Equally, the branding of the period for the past 2,000 years has been a disaster,” Markova said. “Let’s rebrand and shift the idea of what a period is. Especially now, around women’s health, let’s really see the shift in the story.”

The Period Co. started with six styles including a high-waist, bikini, boy short and sleeper as well as adaptive versions of the bikini. There are plans to release a range of skin-tone shades and lower-absorbency options.

“We made really basic, super comfy and classic underwear,” Welch said. “Simple, efficient and does the job.”

Welch and Markova prioritized affordability, keeping the design understated and the price at $12 apiece. The product can be purchased directly through the Period Co.’s website, period.co. Tax has been eliminated from the purchase of every pair to combat the “tampon tax” issue: In some states, feminine hygiene products are not seen as necessities and are therefore taxed. (A product aimed at men’s health and wellness such as Viagra remains exempt from tax in all but one state.)

“We couldn’t make any change unless it was super affordable,” Welch said. “We wanted to make the best pair for the least amount of money.” 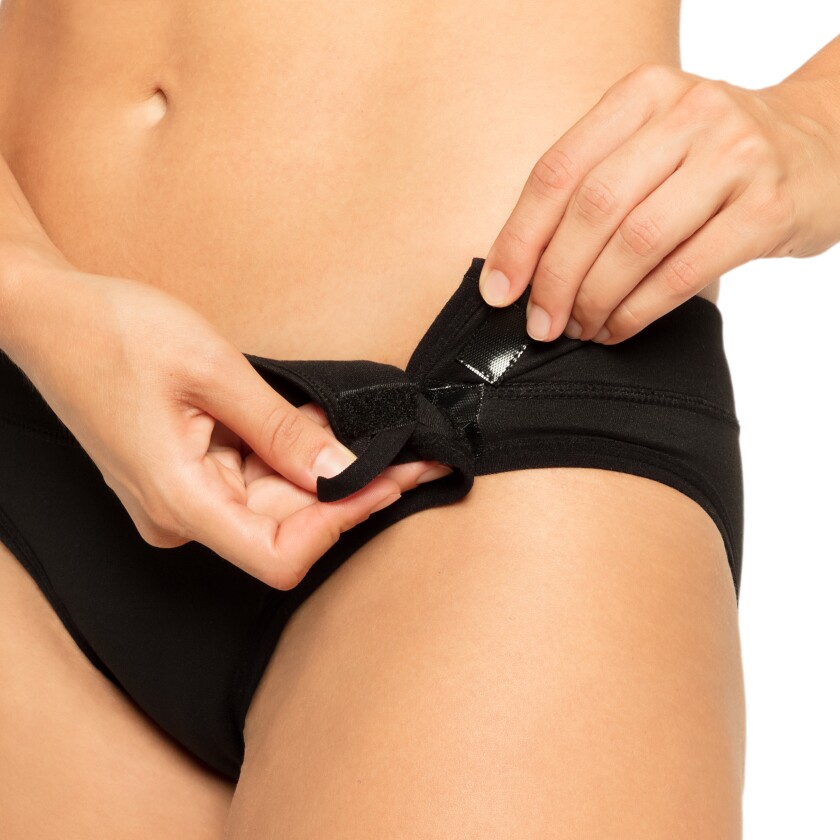 The Period Co. started with six styles. Future plans call for the release of a range of skin-tone shades and lower-absorbency options.

Each style has the maximum amount of absorbency to encourage the wearer to forgo a tampon or pad altogether. Welch and Markova added that the underwear also can be used for incontinence.

Coupled with the label’s practical and sustainable aspects is the reframing of menstruation and the erasing of past stigma around having a period.

The website includes a category, How to Period, that lists how to use period underwear. The idea might appear obvious, but after decades of women being conditioned to halt their flow with various apparatus, they are being encouraged by the Period Co. to let the flow happen.

“We say, ‘If you’re flowing, you’re knowing,’” said Welch, adding that monthly menstruation should include “little rituals” that women embrace and find empowering rather than consider a nuisance. Marketing is composed of vintage advertisements reworked to tell a modern narrative around menstruation. 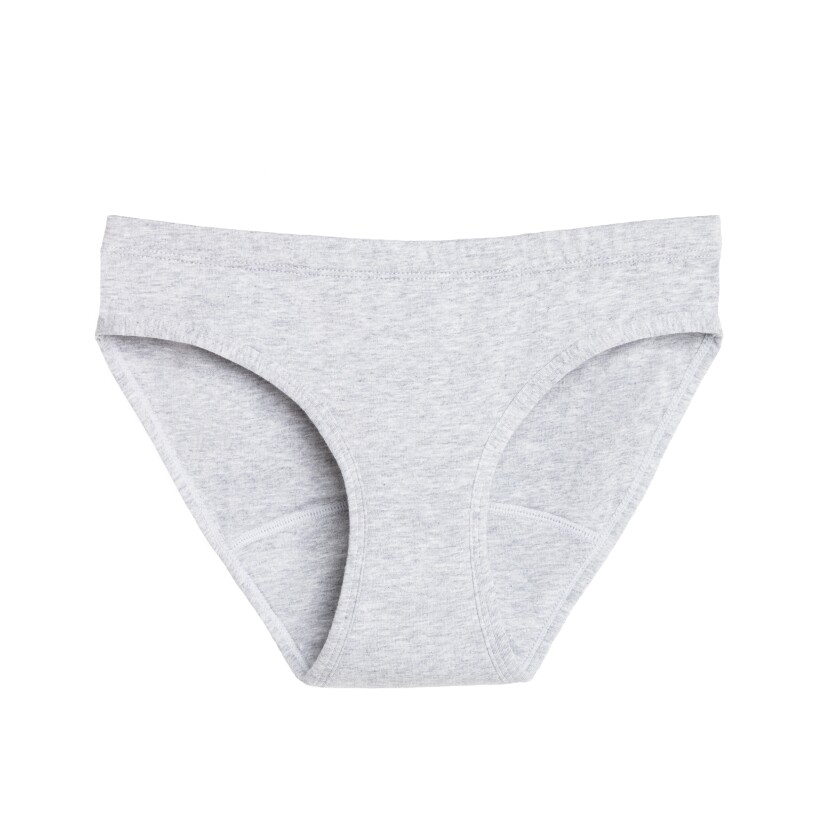 The bikini style of organic cotton period underwear from the Period Co.

“We are building a community around an idea,” Welch said, adding that she and Markova hope it’s an idea that millennial women through Gen A girls will stand behind by making changes in the feminine hygiene products they use as well as shifting their mindset around menstruation.

“Gen Z and Gen A already have their foot in the door because they are so savvy,” Welch said. “They’ve been raised with the imminent threat of climate change in their life and they only accept brands that they are truly believing of in their value propositions. We think people are so ready for this shift.”