This Sunday, for the first time since 2007, neither player will be at the two clubs when they meet for the 247th edition of one of football’s greatest clashes.

Are Max Verstappen and Lewis Hamilton on an inevitable collision course at F1’s finale in Abu Dhabi?

Messi’s departure to Paris Saint-Germain, which shocked the world of football this summer, was a consequence of the dire financial straits that Barcelona finds itself in, after years of economic imprudence left the club unable to adequately deal with the impacts of the pandemic.

Unsurprisingly, the team has struggled since losing the greatest player in club history and head coach Ronald Koeman has often borne the brunt of fan frustration for Barcelona’s shortfalls this season.

The Dutch manager will surely not be relishing Real Madrid’s visit to the Camp Nou this weekend, but he and his team can perhaps find some confidence after recently recording back-to-back wins for the first time this season.

Not that those two wins — against Valencia and Dynamo Kiev — have done anything to ease the pressure on the beleaguered Koeman.

After the somewhat stale 1-0 victory over Dynamo on Wednesday, which earned Barcelona its first points in the Champions League this season, the players left to pitch to jeers from some sections of the crowd — from those fans that had bothered to turn up, that is. 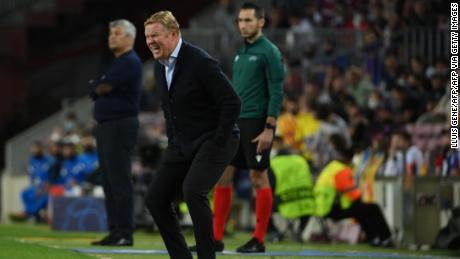 In the build up to the game, Spanish sports newspaper Marca focused on recent attendances at the Camp Nou, which have been far from ideal for a club that desperately needs gate receipts to help pull itself out of the current financial mess.

“The lethargy of the Camp Nou and a Clasico to reactivate a business of 119 million [Euros],” the headline reads.

“The stadium has not even been half full in the two games since it has been permitted 100% capacity; el Clasico is the litmus test.”

Marca says that Barcelona has planned to receive €119 million ($138.4 million) in gate receipts this season, but in the two matches since local authorities once again permitted the club to open up its entire stadium following the pandemic — against Valencia and Dynamo Kiev — they have welcomed just 47,317 and 45,968 fans respectively. That’s less half of the Camp Nou’s 99,354 capacity.

But according to Victor Navarro, a journalist for radio station Cadena COPE, the early signs ahead of El Clasico are good, with eight zones in the Camp Nou already sold out and 11 more on the verge of reaching 100%.

The remaining zones are priced between €99 and €249, says Navarro, with the remaining VIP sections priced at €750. 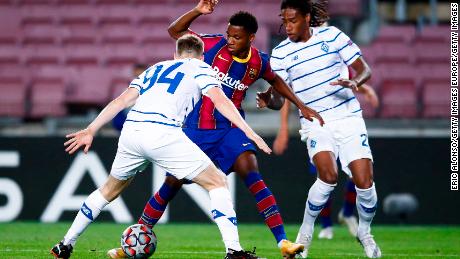 The narrative of Real Madrid’s season so far certainly feels more positive, but it’s a season that has already seen incredible peaks and troughs.

The French forward has been in scintillating form to start the season, racking up a mind-boggling nine goals and seven assists in just eight La Liga matches.

Huge wins against Celta Vigo and Real Mallorca early in Carlo Ancelotti’s reign sparked hope among the fan base of a successful season, but the recent 2-1 defeats to Sheriff Tiraspol — perhaps the greatest upset in Champions League history — and Espanyol dampened the mood considerably. 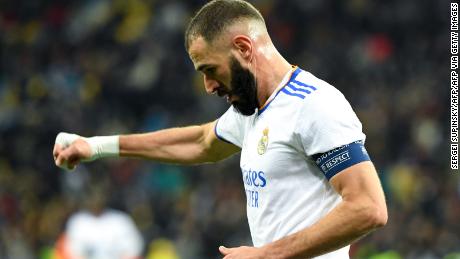 The 5-0 midweek win over Shakhtar Donetsk was a huge result for the team’s confidence, but concerns still remain among supporters that this side is prone to stagnant performances.

However, Los Blancos may yet receive a late boost for Sunday’s match.

Newspaper Sport highlighted Eden Hazard’s frustration at missing every Clasico since his arrival at Real Madrid due to injury.

Despite returning from recent international duty with a slight knock, Sport reports that the Belgian star could finally face Barcelona for the first time since his arrival 28 months ago for a reported fee of $113 million.

“Hazard hopes to finally debut in a Clasico,” the headline reads.

“Injuries have prevented him from playing in the previous four and now he limps to the Camp Nou date,” the article continues. “This Thursday he trained like normal and it is very possible that he will be on the squad list.

“His frustration is that of the Madrid fans, who have begun to lose hope of seeing the ‘crack’ that was at Chelsea.” 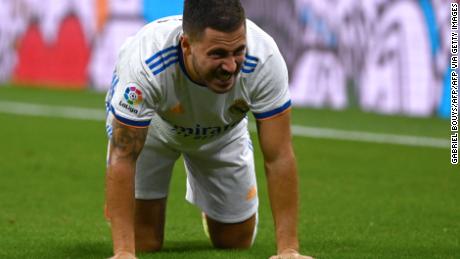 Despite this Clasico coming early into the season and Real Madrid holding just a two point advantage over Barcelona in La Liga, there is a sense a victory for either team could prove to be the catalyst for better things to come.

A heavy defeat, however, could just as easily plunge one of these clubs into yet another crisis.