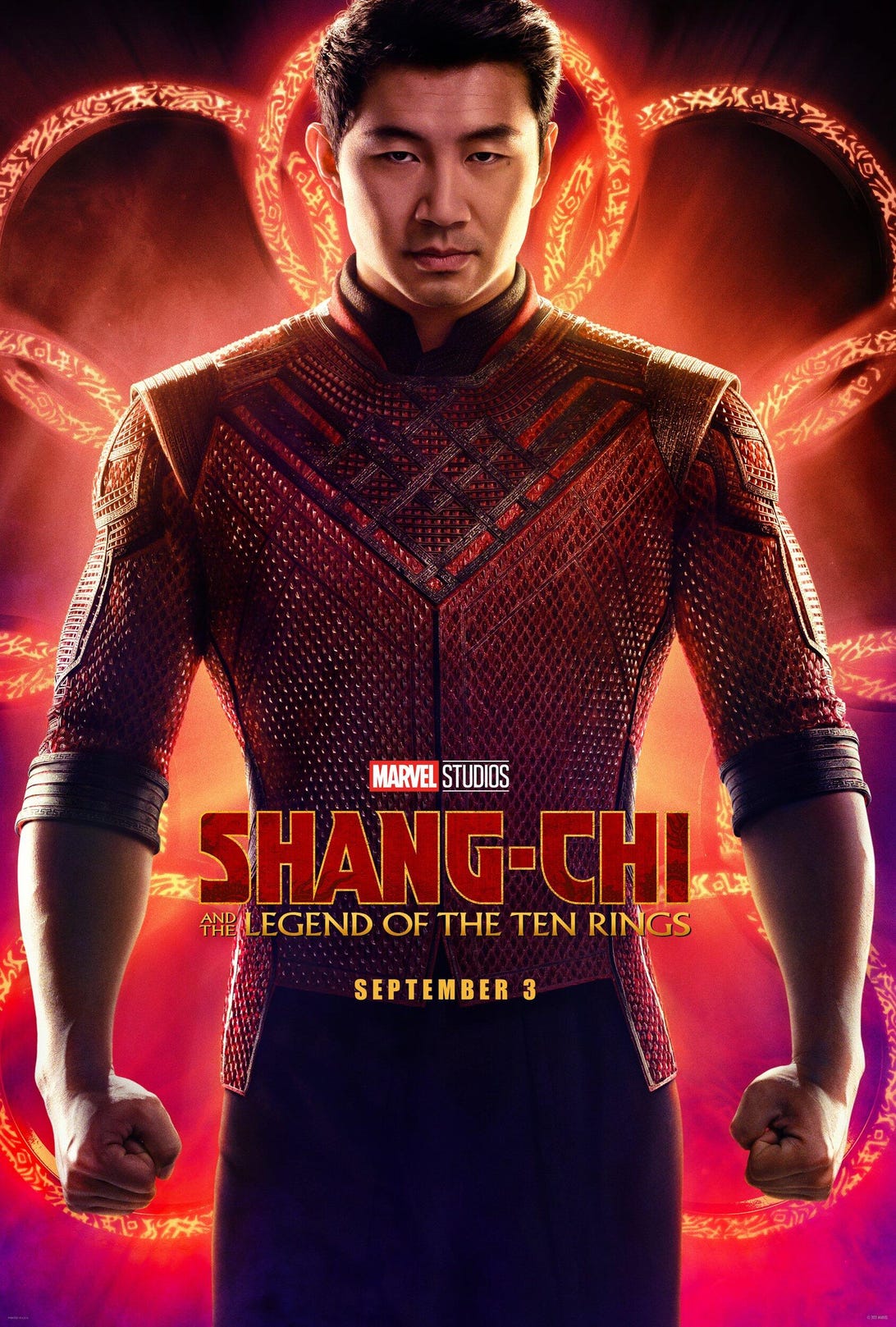 2021 is a big year for blockbuster movies as we catch up with 2020 films delayed by the coronavirus pandemic. Marvel’s Shang-Chi was a big hit, while delayed blockbusters like Marvel’s Black Widow, Fast and Furious sequel F9 and The Suicide Squad all finally arrived. The Matrix 4 and Dune are still coming to theaters and streaming services.

Doctor Strange 2 and Thor: Love and Thunder are the latest to experience delays as the delta variant continues its global impact. Will there be more postponements? Will we end up enjoying the latest films from our sofas if Hollywood fully embraces streaming? Click through the gallery for the updated calendar of 2021 (and 2022) movie release dates. And don’t worry, we’ll update you if and when the dates change again.

Edgar Wright takes Anya Taylor-Joy, Matt Smith, Terence Stamp and Diana Rigg out for their Last Night in Soho in this psychological thriller.

Tom Hanks is the last man on Earth and Caleb Landry Jones is his faithful robot in this post-apocalyptic drama. Originally titled Bios, it was renamed Finch and will be released on streaming service Apple TV.

A new movie version of the chilling survival horror game.

Keanu Reeves steps into the Matrix (and onto HBO Max) in a new cyberpunk action thriller from one of the creators behind the original trilogy, Lana Wachowski.

Ralph Fiennes suits up for The King’s Man, a WWI-era prequel to the Kingsman series of movies.

The Belcher family members flip out as they flip burgers in a Bob’s Burgers animated movie.

Ana de Armas was due to makes two big appearances in November 2020, in James Bond adventure No Time to Die and alongside Ben Affleck in steamy drama Deep Water, based on the Patricia Highsmith novel. But in September, Disney pushed the film back to late summer 2021.

DC Comics fans are getting another version of the Caped Crusader in The Batman, this time from Planet of the Apes director Matt Reeves. Robert Pattinson will play Batman in the upcoming film, originally scheduled for June 2021.

Jared Leto sinks his teeth into the role of Marvel’s vampire Morbius in this comic-inspired adventure from Sony, the studio behind Venom.

Jeff Goldblum, Sam Neill and Laura Dern return to the Jurassic Park series alongside Chris Pratt and Bryce Dallas Howard. It was originally slated for June 2021 but pushed back to summer 2022.

Harry Potter wizarding spin-off Fantastic Beasts 3 was scheduled to open in November 2021, though production was postponed the day it was supposed to start shooting. The embattled production was also disrupted when Johnny Depp was replaced as the villain by Mad Mikkelsen.

Tom Cruise runs back onto the big screen for the next Mission: Impossible movie.

Marvel chose not to recast the role of T’Challa following Chadwick Boseman’s death.

The sequel to James Cameron’s record-breaking sci-fi movie has already kept us waiting over a decade. And it’s been bumped back a year from its Christmas 2021 release date. On the plus side, there will be four Avatar sequels and they’ll alternate with new Star Wars movies every holiday season up to 2028.

2020 began, appropriately enough, with a film set during lockdown. Anne Hathaway and Chiwetel Ejiofor use the COVID-19 pandemic to pull off a jewelry heist, streaming on HBO Max.

In Nine Days, Winston Duke and Zazie Beetz take us to a strange house where a reclusive man interviews prospective candidates for the privilege to be born.

Several movies have been released already. They include Eddie Murphy’s long-awaited sequel to an ’80s classic. Originally set for a theatrical release, Coming 2 America is available to stream on Amazon Prime Video now.

Tom Holland  and Daisy Ridley cause chaos on a planet where all the women have died and thoughts are visible. Um, OK.

In this Disney animated adventure film, lone warrior Raya sets out in search of the Last Dragon, voiced by Awkwafina. It’s streaming on Disney Plus too.

Tom Holland plays a troubled war veteran in Cherry, re-teaming with his Marvel Avengers directors the Russo Brothers on Apple TV Plus.

Wonder Woman, Batman and Superman team up again in a new, significantly longer version of 2017’s Justice League put together by the film’s original director Zack Snyder. All four hours of the much-anticipated Snyder Cut stream on HBO Max.

Seconds out as Godzilla vs. Kong looks to settle who’s king of the monsters. Watch in theaters or stream on HBO Max.

The legendary fighting game comes to HBO Max in a new movie produced by James Wan.

Michael B. Jordan is a former Navy SEAL out for revenge in violent thriller Without Remorse, based on the 1993 novel by Jack Ryan creator Tom Clancy.

Abbi Jacobson and Maya Rudolph’s wacky family take on a robot uprising led by Olivia Colman makes for a heartwarming and anarchic Netflix animated adventure from the producers of Cloudy With a Chance of Meatballs and Spider-Man: Into the Spider-Verse.

Jason Statham kicks ass as a security guard with a secret in a remake of French action flick Cash Truck, directed by Guy Ritchie.

Chris Rock reinvents the Saw franchise with horror movie Spiral, which is torturing fans with an indefinite delay.

Zack Snyder brings the zombie genre back from the dead with an all-action heist film streaming on Netflix.

Emma Stone stars as a young Cruella De Vil in Disney’s live-action 101 Dalmatians prequel. It’s streaming now on Disney Plus, from the same day it opened in theaters.

Don’t make a sound as director John Krasinski and star Emily Blunt return to a world where sound summons monsters, in A Quiet Place 2.

The Conjuring 3 brings back Patrick Wilson and Vera Farmiga as ghosthunters Ed and Lorraine Warren. The story is based on a real-life murder trial in which the defendant claimed demonic possession. Originally due to open in September 2020, it was moved by Warner Bros to the following summer. It’ll also stream on HBO Max at the same time.

Mark Wahlberg and director Antoine Fuqua team up for Infinite, the story of a man discovering that his hallucinations are actually visions from past lives. Hate it when that happens. Originally set for a theatrical release, it’s coming to streaming service Paramount Plus (formerly CBS All Access).

Pixar’s next animated film follows a young boy with a fishy secret on the sun-dappled Italian Riviera. It’s released exclusively on Disney Plus.

Buckle up for Fast and Furious 9, starring Vin Diesel, Charlize Theron and Helen Mirren, pushed back a year from its original release date.

After Avengers: Endgame brought things to a close, Scarlett Johansson flashes back to a prequel about the background of her troubled Marvel antihero, Black Widow, with some help from Florence Pugh. The movie will stream on Disney Plus the same day it opens in theaters.

Guardians of the Galaxy star Chris Pratt faces down aliens again in The Tomorrow War. He plays a time-traveling teacher day drafted to fight battles of the future in this Amazon Prime Video sci-fi action movie.

A riotous story told through a series of viral tweets inspired this tale of a wild weekend in Florida.

Henry Golding and Samara Weaving toy with the idea of headlining Snake Eyes, a ninja-focused spinoff from the GI Joe series of toys and movies.

Emily Blunt and Dwayne Johnson go for a jungle cruise in Disney’s family adventure, which was postponed a whole year and will stream on Disney Plus on the same day it cruises into theaters.

Chilling 1992 horror movie Candyman gets a hook-handed reboot thanks to Nia DaCosta, written by Get Out and Us creator Jordan Peele. It was moved around the schedule a few times before being set for August 2021.

Michael Gandolfini plays a young Tony Soprano, the role made famous by his father, James Gandolfini, in The Many Saints of Newark. It’s a ’60s-set prequel to classic TV series The Sopranos, created by writer and producer David Chase (pictured right). You’ll be able to see it on streaming service HBO Max too.

The sequel to the 2018 supervillain caper Venom once again stars Tom Hardy as Eddie Brock, a hapless journalist whose body bonds with a viscous alien. Joining him for Venom 2 are Woody Harrelson, Michelle Williams and Naomie Harris. Andy Serkis directs.

James Bond is back — eventually? Daniel Craig makes his final outing as 007 in No Time to Die, co-written by Fleabag creator Phoebe Waller-Bridge. Back in early 2020, this was the first major blockbuster to take the extraordinary step of substantially moving its release date because of coronavirus.

Serial slasher and mask fan Michael Myers returns for yet another sequel, following the 2018 reboot starring Jamie Lee Curtis. Halloween Kills will stream on Peacock on the same day as the big screen.