Foxconn’s 3 EV prototypes are here — and damn, their range is loooong

At the Hon Hai Tech Day (HHTD21) on Monday, Foxconn unveiled three electric vehicle prototypes, hoping to grow its emergent auto segment into a $35.88 billion (NT$1 trillion) enterprise within the next five years.

The three EVs — an SUV, a sedan, and a bus — were made by Foxtron, a joint venture between Foxconn and Yulon Motor, a Taiwanese automaker, which also produces Nissan and Mitsubishi cars for the local market.

The Model C is Foxconn’s first passenger EV. It’s an average-sized sedan, which is, nevertheless, said to offer maximized storage and seating space. In fact, it’s designed as a comfortable 5+2 seater, thanks to the reduction of space used for mechanical components.

I have to admit, I do like its minimalistic design. Credit: Foxconn 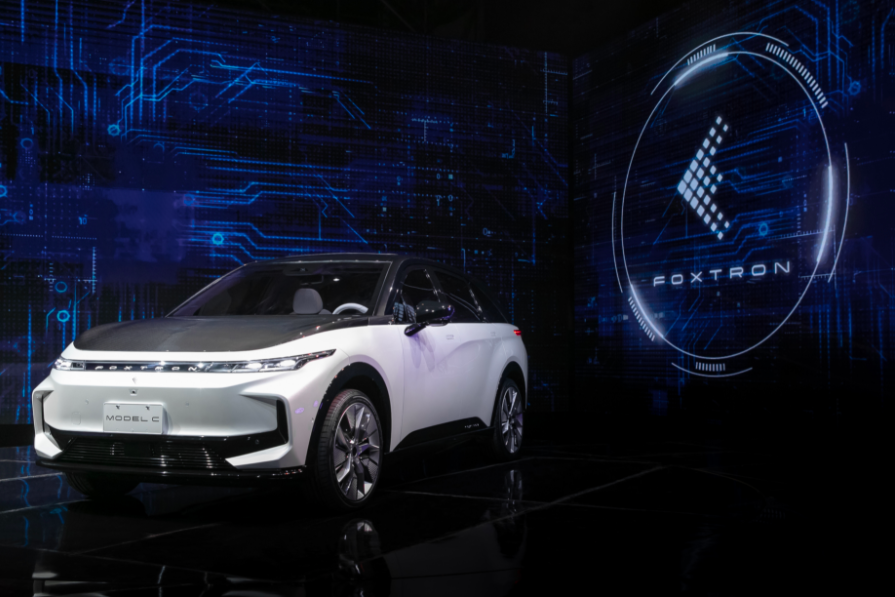 The most interesting features are its smart applications which include among others: face recognition door opening, smart windows, and the transformation of the rear space into a mobile office. 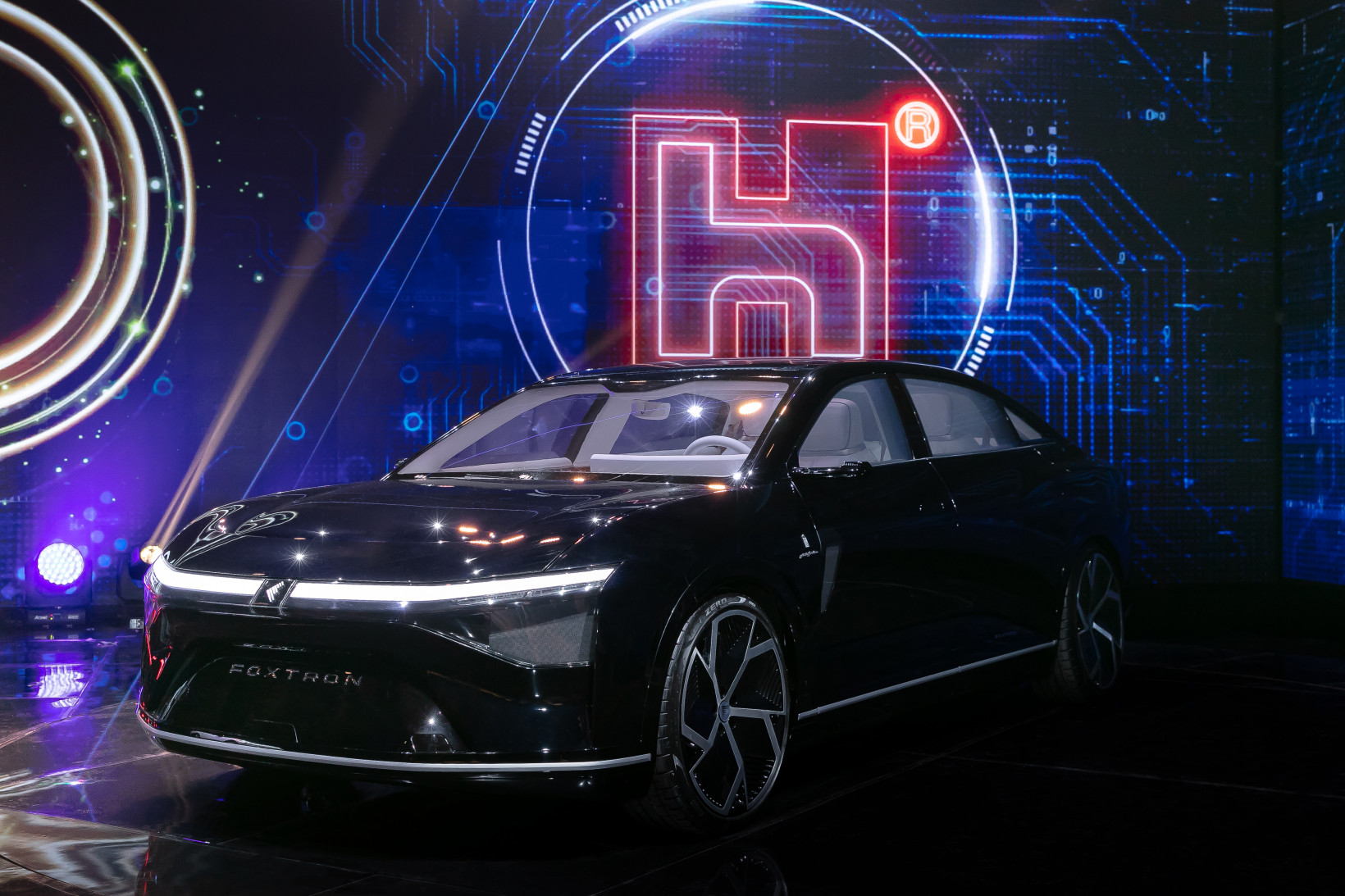 The car looks sleek, but we still can’t get a look of the “mobile office” feature. Credit: Foxconn

The Model T is what happens when you try to make an urban bus elegant.

According to the company, it has already completed 200,000km of acceleration endurance test and more than 1,000 hours of rigid strength tests at the Automotive Research & Testing Center (ARTC) Testing, to ensure driver and passenger safety.

Its design and protection gear has also gotten the approval of the Federal Transit Administration (FTA).

Other than that, the electric bus can reach a maximum 25% climbing capacity and a maximum speed of 120km — under full load conditions. 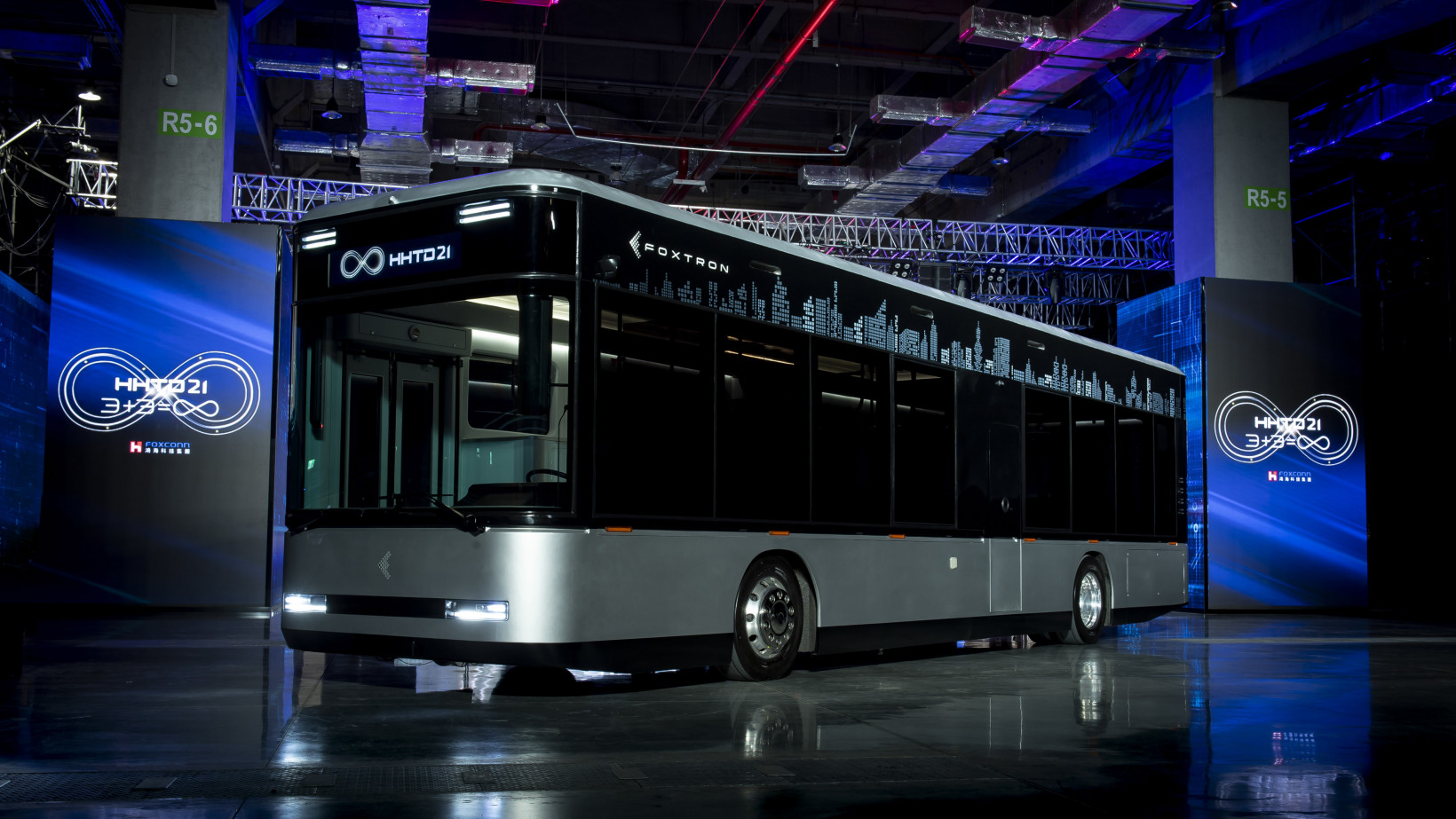 The Model T’s battery can withstand temperatures of up to 400 degrees, across a range of about 400km. Credit: Foxconn

Foxconn’s representatives shared with Nikkei Asia that the Model C will enter the market by 2023, estimated to cost $35,700 (NT$ 1 million).

The Model E will be launched a bit later, and the Model T will be the first to hit the roads as early as next year in southern Taiwan. However, no prices have been revealed for any of the two.

In August, the company bought in Taiwan a chip plant from Macronix International for $90.8 million, eyeing to start supplying future demand for auto chips.

One month later, Foxconn struck a $280 million deal with US EV startup Lordstown Motors to acquire its manufacturing plant in Ohio and start producing EVs.

And besides its own electric vehicle lineup… the firm has also targeted supplying with components or services 10% of the world’s EVs by 2025-2027.

This shows that we’re taking about a company that’s not only interested in driving innovation, but that’s also aiming to future-proof its existence in a highly competitive ecosystem.

Do EVs excite your electrons? Do ebikes get your wheels spinning? Do self-driving cars get you all charged up?