Maureen Monroe-Barron approached everything in life with gusto, from helping her two daughters design dioramas for school projects to hosting an unconventional dinner party with a menu based on a 1996 movie.

For Gustavo Dudamel, the trauma of COVID-19 got personal

How To Be Successful When You Are A Multi-Passionate Entrepreneur

“She had a way of persuading those around her to go along with the idea and see what develops, and my God, it always looked just terrific,” said her husband John Barron, a former editor in chief and publisher of the Chicago Sun-Times.

Mrs. Monroe-Barron once convinced St. Giles Catholic School administrators to let her design an extravagant backdrop for the grade school’s band concerts after she attended a couple of her two daughters’ performances and felt “these kids deserved a more dramatic staging than just sitting in … folding chairs,” her husband recalled.

It could’ve been just a simple backdrop held up by some plastic pipes or something. But that wasn’t Mrs. Monroe-Barron’s style.

Instead, she created a magnificent stage setup with five 9-foot wooden pylons that she draped with colorful fabrics that would change depending on the season.

“We had to have a crew of like three or four guys … put it together and take it apart every time there was a concert,” her husband said. “This is probably the only grade school band that needed roadies.”

Mrs. Monroe-Barron, an award-winning creative director who left her mark everywhere from grade schools to Detroit ad agencies, died unexpectedly Sept. 20 in Fort Myers, Florida, her family said. She was 62.

Maureen Monroe-Barron with one of her original pieces at a show sponsored by the Oak Park Art League in 2016.

Born in Milwaukee in 1958, Mrs. Monroe-Barron’s artistic pursuits manifested in high school. She never shied away from telling any and everyone about the blue ribbon she won at the Wisconsin State Fair for a sculpture she made when she was 17.

The ceramic vase is still on display, resting in a credenza above her husband’s favorite chair in the living room. It’s just one of her many artworks exhibited throughout her family’s Oak Park home.

Mrs. Monroe-Barron attended Marquette University in 1976, where she graduated four years later with a degree in journalism and a focus on advertising. She met her future husband at a new student reception hosted by the journalism school one of the first weeks on campus.

“We just hit it off right away,” John Barron said. She had a “big, open friendly smile” and was “very engaging.”

She was interesting, and he was interested. The two continued to date through college, and Mrs. Monroe-Barron moved to the Chicago area with John Barron after graduation. She worked as an art director at various trade magazines.

It wasn’t until her move to the Detroit area, where she really spread her wings in advertising.

Mrs. Monroe-Barron worked at two of the Motor City’s biggest ad agencies: Campbell Ewald and Ross Roy. She helped create national print and TV ads for Chevrolet’s new models and played a big role in the campaign for the Chevy Corsica in the 1980s, her husband said.

After spending days capturing video and stills out of state for the ad campaign, Mrs. Monroe-Barron hosted an Academy Awards watch party at her house. However, they weren’t gathering to see who won best actor and actress. 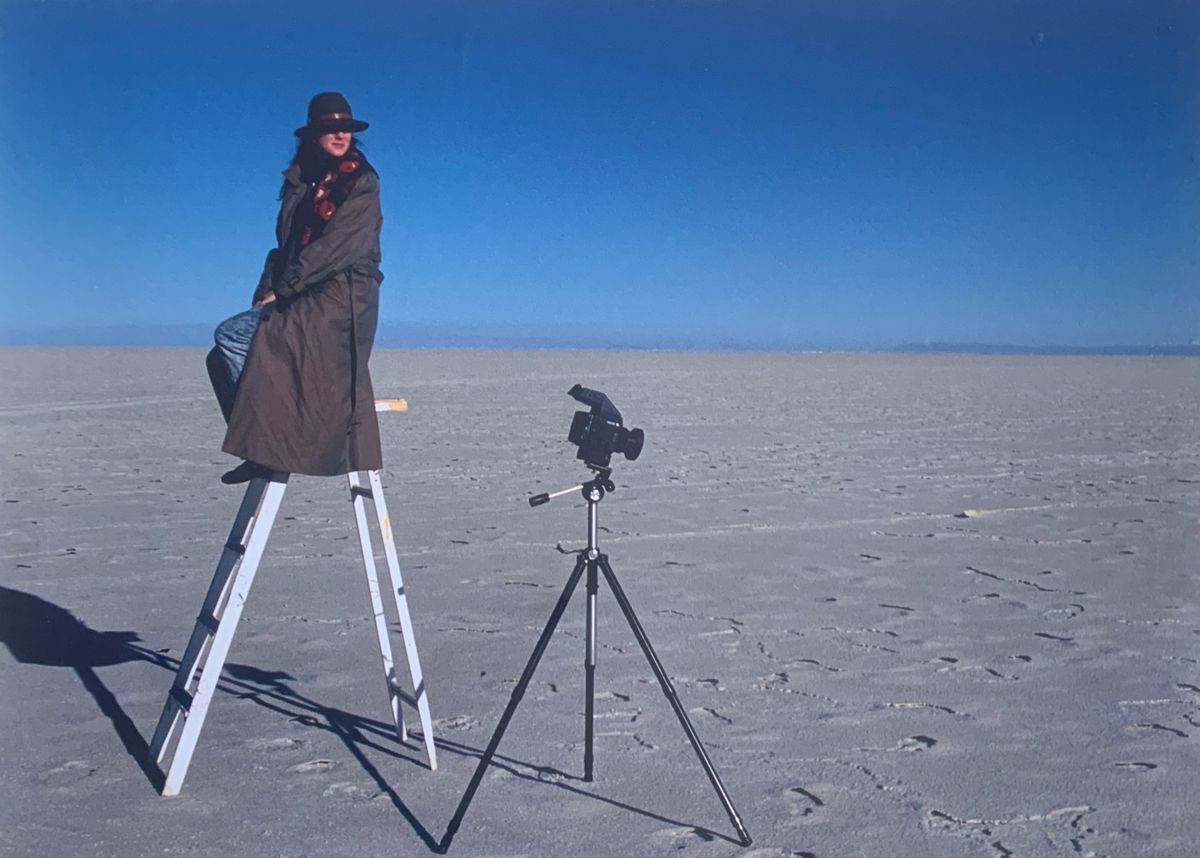 Maureen Monroe-Barron at Utah’s Bonneville Salt Flats during a 1987 photo shoot tied to the introduction of the Chevrolet Corsica.

Mrs. Monroe-Barron started her own business, Prairie Creative, after her and her husband moved to Oak Park in 1995. Over the years, she developed a stable of clients while offering a wide array of services, everything from branding to design.

In her free time, she loved to paint, sketch and write. She also had a passion for cooking and enjoyed testing new recipes and experimenting with different ingredients.

“Everything that we tasted we all thought was terrific; she rarely thought she had nailed it,” her husband said. “There was a certain standard that she had a vision that she had for the meal that she never felt that she achieved, but we weren’t complaining.”

Mrs. Monroe-Barron once hosted a dinner party with a menu inspired by “Big Night,” a movie about two brothers running an Italian restaurant who plan a big event with incredible food.

John Barron said his wife was a “terrific” partner and person to share life with. The two complimented one another perfectly, though they had polar-opposite approaches to things. 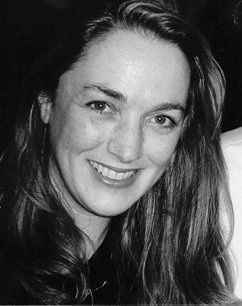 John Barron is a self-described “off-the-rackguy.” Meanwhile, his wife was “always looking to take things the extra mile, always somebody who was not looking for the easy solution to any problem. If there was a better, more interesting way to reach a conclusion, she was all in to try that,” he said.

Mrs. Monroe-Barron is survived by her husband, two daughters — Neala Barron and Bryna (Nelson) Worner — and granddaughter Ella Worner. She’s also survived by her father Thomas Monroe and two brothers, Todd and Jon Monroe. She was preceded in death by her mother Joan Monroe and brother Patrick Monroe.

A funeral Mass is planned for Saturday at 10 a.m. at St. Giles Catholic Church in Oak Park. A reception will follow at Citrine Café.