“When do we go back to normal?” It’s a question BET.com style director Danielle Prescod has heard regularly as she’s been leading anti-racism seminars for social media influencers and fashion industry executives since the racial unrest sparked by the death of George Floyd at the hands of Minneapolis police in late May.

The query itself as well as the mindset behind it are why Prescod and her business partner, Harper’s Bazaar contributing editor Chrissy Rutherford, decided to form the diversity consulting agency 2BG in June and make this the focus of their fashion careers.

Rutherford and Prescod, who are based in New York, are influencers in their own right and have continued to speak candidly via their Instagram accounts (which have 148,000 and 70,300 followers, respectively) about the necessary work involved to create change in fashion. A video Rutherford posted to Instagram in May addressing fashion’s shortcomings on race has had more than 5.3 million views.

“The biggest issue is stamina,” Prescod recently told The Times by phone. “That people are interested enough to make sure that change happens.”

Rutherford views their efforts this way: “If this is something you’re choosing to care about, you have to work at this the rest of your life.”

Looking back on actions taken in fashion during 2020, will the industry be a willing participant going forward? Or will it go kicking and screaming, only to forget about its promises with the next round of runway collections?

If consulting agencies like 2BG can make big strides in the months and years ahead, then a more diverse landscape likely will emerge in the otherwise exclusive fashion industry, which — from design houses to magazines and public relations firms to the imagery and trends it peddles in advertising or photo shoots — has been insular in its hiring and largely oblivious when it comes to insulting and racist messaging and products.

There have been strides to increase awareness across social media, but digital posts have accomplished little if anything on their own without significant follow-up.

One of the biggest showings was on “Blackout Tuesday” in June, when dozens of fashion brands, designers and celebrities posted black squares on Instagram to express solidarity with protesters. The effort received mixed results.

“Your black square is not going to solve racism,” Rutherford said. “People have to be more aware of the system they are participating in, even if it doesn’t look different immediately.”

As racial reckonings were happening in corporate America through much of 2020, Anna Wintour, editor-in-chief of Vogue, expressed regret for not doing more to push diversity and inclusion and to recognize Black talent. She did celebrate Black contributors and culture in the September issue of the fashion magazine. 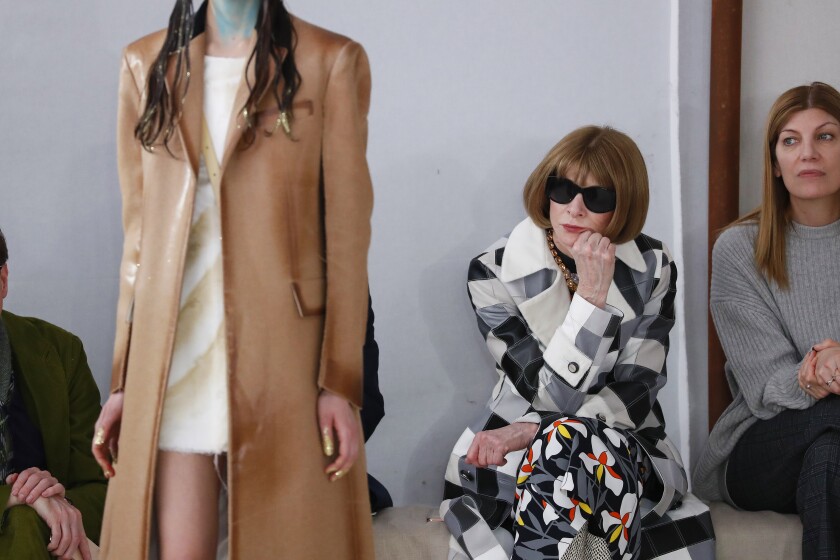 Wintour’s admission came after years of luxury brands such as Dolce & Gabbana, Gucci, Christian Dior and Prada being called out on social media for racist and questionable messaging. (After its figurines and accessories that looked like blackface monkeys were questioned earlier this year, Prada agreed to sensitivity and diversity training as well as external monitoring as part of a deal with the New York City Commission on Human Rights.)

The industry outwardly plows through trends and new concepts at breakneck speed, but it’s different behind the scenes. There, an antiquated infrastructure perpetuates a lack of diversity and has not evolved in a meaningful way in decades. One of the most striking examples is the lack of Black designers who have founded independent brands or are at the helm of major fashion houses.

Carly Cushnie showed promise: She was the first Black female designer to launch a collaboration with Target, and her Cushnie line was a favorite of former First Lady Michelle Obama and Beyoncé. But in late October, she shuttered her brand, citing financial challenges and the effects of COVID-19 as significant and consequential hurdles.

In a letter posted to her Instagram account Oct. 29, the designer wrote, “One of the great ironies of the fashion industry is that while it caters to and profits from women, it has never felt like an industry that supports them. This is especially true for women of color.”

Cushnie’s story is a familiar one. It’s partly why several fashion editors, communications experts and celebrity stylists want to transform the way the industry operates and hold brands and major conglomerates accountable for continuing anti-racist efforts and for bolstering Black design talent by providing companies with hiring resources to increase diversity. 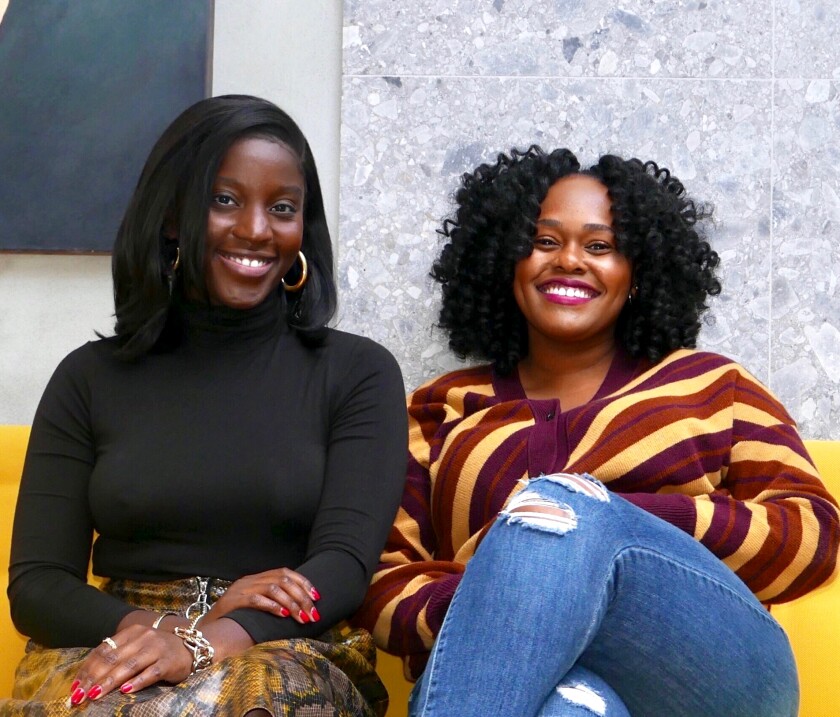 “Being inclusive is definitely deliberate. No longer is it about just meeting a quota,” said Barbara Saint Aimé, a cofounder of the media relations agency Aimé & Dean. She and her business partner, Rosalind Dean, have launched an arm that consults with fashion and lifestyle brands to create a cultural shift through marketing, hiring and branding.

The veteran fashion publicists, who run an agency based in Los Angeles and New York, are working with existing clients in fashion and beauty as well as taking on companies solely for diversity, equity and inclusivity consulting. The robust program offers a range of services geared toward long-lasting diversity and inclusivity, from marketing and community engagement to incorporating Black creative talent and vendors into a brand’s production and supply chain.

“You need to ensure that daily or weekly, you are actually practicing what you preach and including Black employees in conversations that are important in regard to the next phases of your business,” Aimé told The Times. “Brands need to make sure they are doing the work behind the scenes, because that’s how they will really bring about change. It starts in the places people can’t see.” 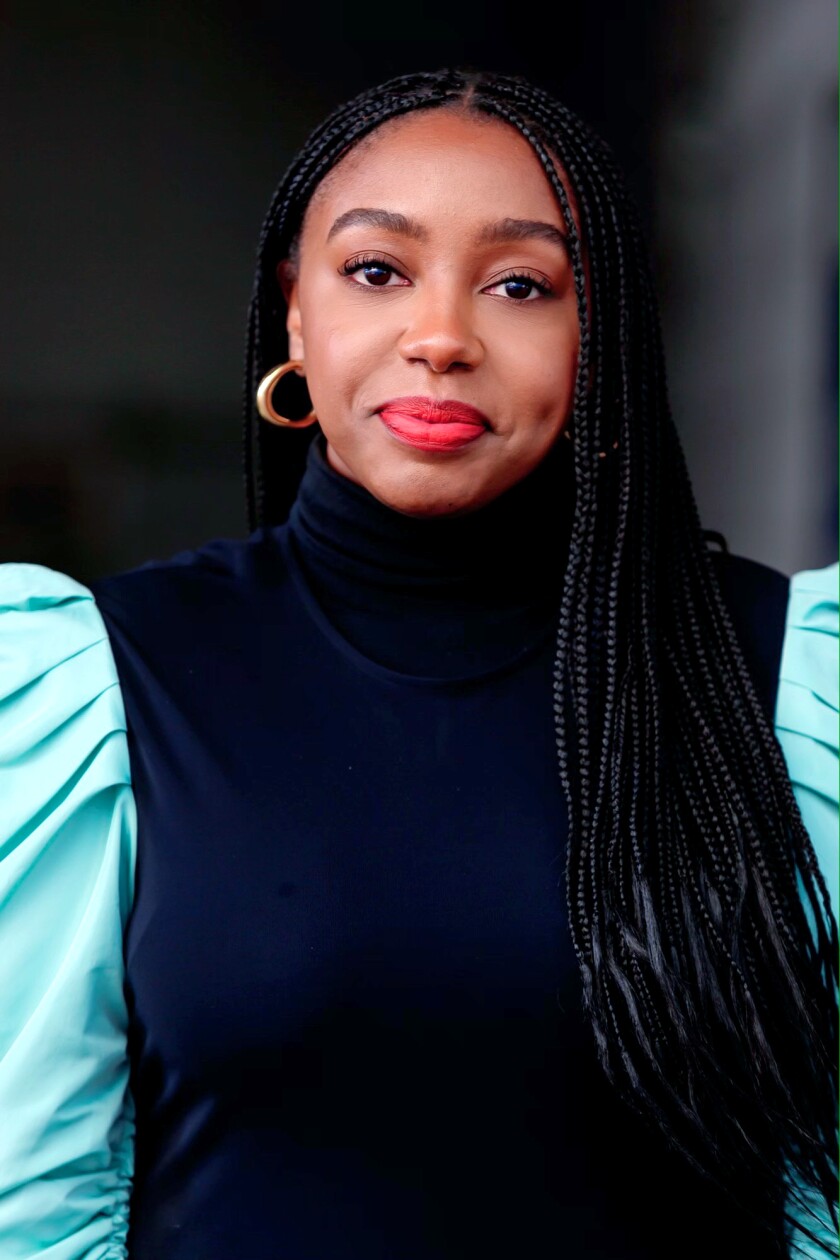 Lindsay Peoples Wagner, editor-in-chief of Teen Vogue and cofounder of the Black in Fashion Council.

Accountability in fashion is what the Black in Fashion Council, an organization started in June by Lindsay Peoples Wagner, editor-in-chief of Teen Vogue, and public relations specialist Sandrine Charles, aims to implement.

Peoples Wagner and Charles want to ensure a more equitable industry. Companies that partner with the council sign a three-year pledge and work with an executive board of industry professionals who advise on the work each brand is committing to do.

Ralph Lauren, Shopbop, Tory Burch, H&M, Hearst and Condé Nast are some of the brands that have signed the pledge. In October, Fred Segal announced a partnership with the council to launch Season Zero, a design contest for early-stage designers. The grand prize winner receives $10,000, mentoring and pop-up space inside the Fred Segal Sunset store in 2021. 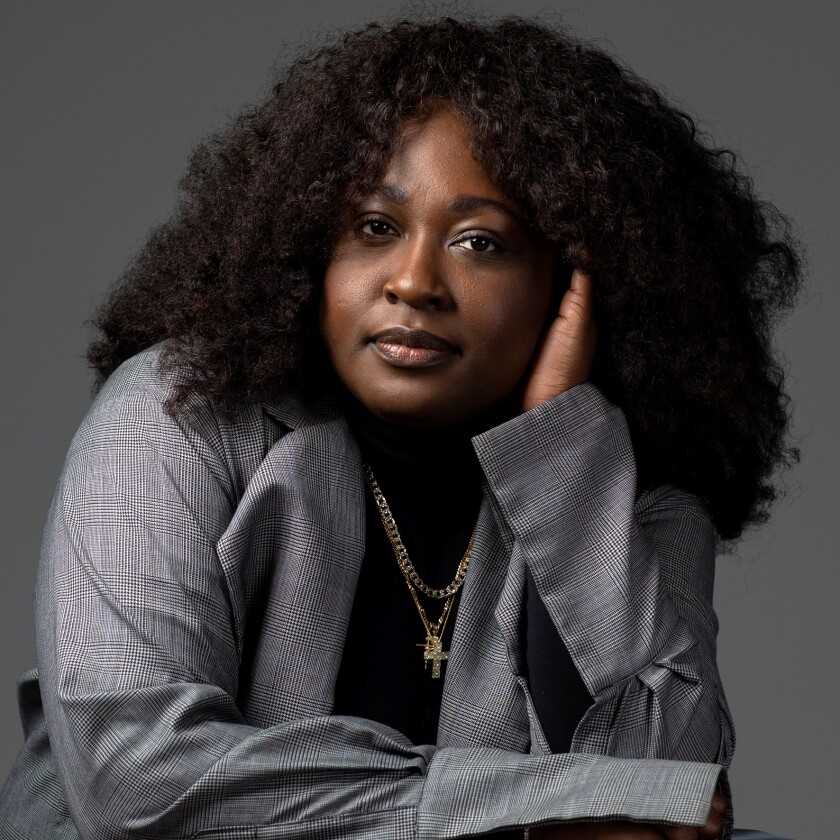 Sandrine Charles, communications specialist and cofounder of the Black in Fashion Council.

Together with the Human Rights Campaign, the Black in Fashion Council is creating an equality index score to chart change in corporate policies. A report tracking a brand partner’s growth in diversity and inclusivity will be released by the council each year.

“We are fighting for fairness and accountability,” Peoples Wagner said. “We want this to be a collaborative collective, because there are too many issues, and to ensure that people have an investment and a commitment to progress.” The application process for Incubate began in August, and brands selected secure pro bono representation and mentorship with laChambre.

“Elevating and bringing attention to new Black talent is part of my platform and has been since the beginning of my career,” Roach said. “This is an opportunity to get their clothes on a bigger stage, and it gives me great hope. The next great American designer is out there. We just have to find them and give them tools. We should all figure out a way to help.” 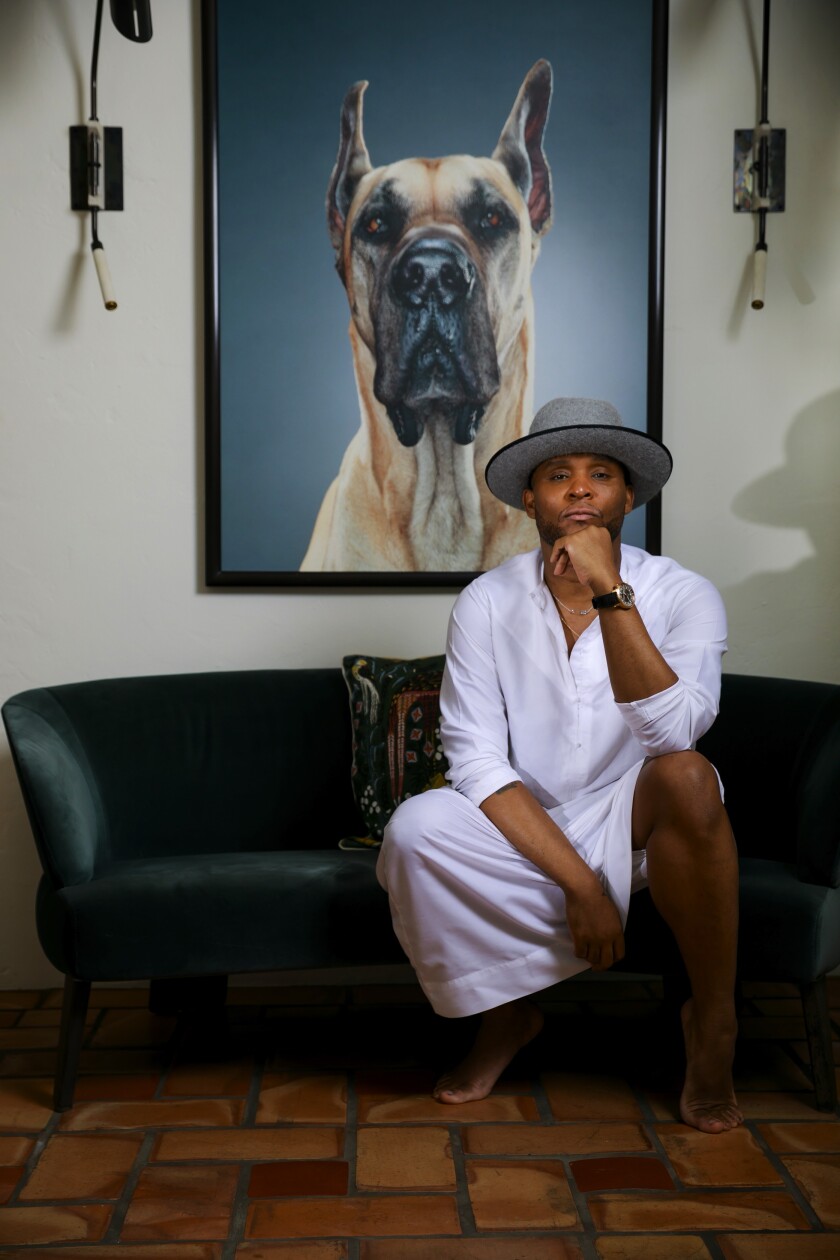 In late September, Roach hosted a virtual event with the designers from 6AM, Jungle Gurl, Sammy B and Russell Solomon selected for the first cycle of Incubate. The brands, along with their designers, were connected to more than 30 top-tier stylists, including Jason Bolden, Jason Rembert, Ashley Weston and Elizabeth Stewart. Incubate will continue to work with the first group of designers until the next cycle begins Feb. 1.

“Being a Black designer who is at the forefront of my brand, people think that I am designing only for other Black women. I create for people who like my clothes,” said Samantha Black, the L.A.-based founder and designer of women’s ready-to-wear line Sammy B who was also a contestant on Season 11 of “Project Runway.” “Sahar and laChambre have a different clientele and scope of stylists from the people who have been exposed to my brand. If I expose myself to a new audience, I can widen the scope of customers.” 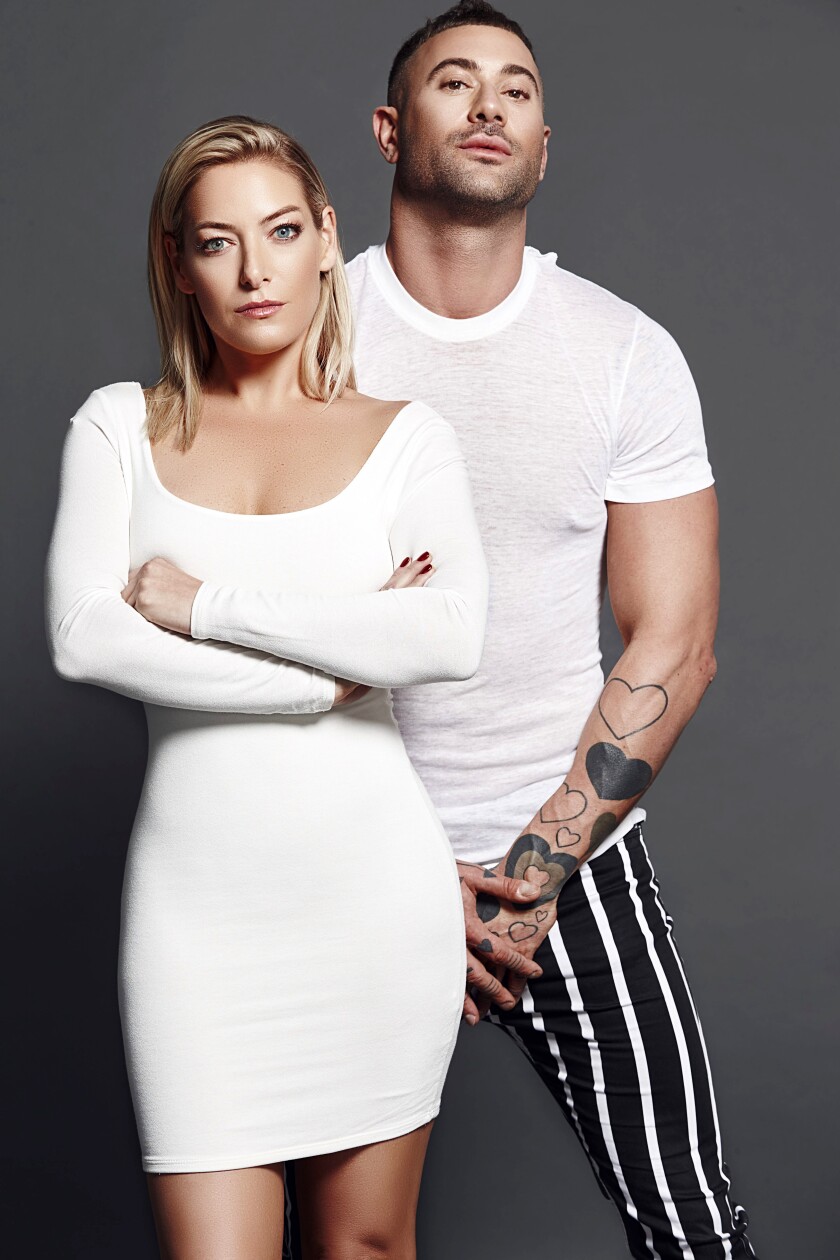 Supported by an advisory board of industry professionals and celebrities, including Oscar winner Halle Berry, the Brand Lab is offering pro bono PR from Walker Drawas founders Jennifer Walker and Adam Drawas, as well as production resources from the Los Angeles-based apparel manufacturing company DDA Holdings to Black and Indigenous designers and other designers of color chosen for the program. Drag queen and activist Shea Couleé will be the Brand Lab’s first mentee. A well-known figure with 1.4 million Instagram followers, Couleé is looking to expand into apparel and home categories with help from Walker and Drawas.

“Through working with our clients, we saw this overwhelming outcry from their customers and a demand for action and for change,” Walker said. “They didn’t want to hear PR statements. They wanted action implemented. We are still part of the machine — even behind the curtain as marketers. For us, we needed to take action too.”

Anti-racism work within fashion (and other industries) is layered and necessary and must be constant. Making strides toward a more equitable industry requires awareness and dedication from brands and individuals to dismantle racist systems and rebuild new ones.

What that looks like differs for everyone, but it’s the commitment that remains paramount, especially if a full reckoning is to happen in the fashion industry.

“Not everyone’s role in this fight is the same,” Rutherford told me. “But if you are not actively taking steps to humanize Black people, then you are complicit in upholding the standards of white supremacy.”

How Innovation Changes During A Recession