Baseball’s National League, which would much later go on to form part of Major League Baseball, is widely considered the world’s oldest sports league. Not long after its founding in 1876, player trading cards could be found in tobacco boxes.

US Soccer Equalizes Pay In Milestone With Women, Men

What to watch, what to bet this weekend

By 1920, each team had its own tobacco sponsor.

Over time, however, the juxtaposition of elite athletes or sporting events and a product that, according to the World Health Organization, kills more than 8 million people each year was seen as illogical and most tobacco sponsorships were gradually banned across most of the world.

The 1984 Summer Olympics in Los Angeles was the last Games to feature an official cigarette sponsor, and the partnerships between tobacco companies and sports such as tennis, football, baseball and American football that were commonplace in the first half of the 20th century eventually came to an end.

Except in one: motorsport.

According to a study published by Stopping Tobacco Organizations and Products (STOP), a global anti-tobacco industry group, Formula One and its motorcycle counterpart MotoGP remain the only major global sports series to still allow tobacco brands to align with certain teams and events to target fans. 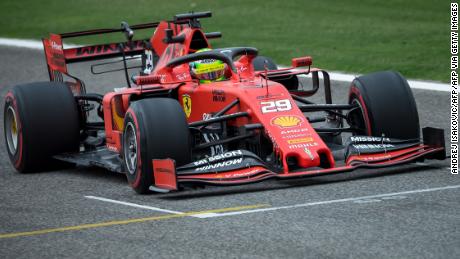 STOP’s report found that by the end of the current season, Formula One will have made more than $4.5 billion from tobacco companies advertising their products during the sport’s 70-year history, with more than $100 million spent during the current 2020 season.

That means the past two seasons have seen the highest level of tobacco sponsorship in F1 since 2011, despite the FIA, international motorsport’s governing body, announcing in 2003 that it should stop at the end of the 2006 season.

The FIA had initially implemented a ban on tobacco advertising in 2001, but amended this ban in 2003 to make it a recommendation.

During the 2019 season, according to the STOP report, Ferrari and McLaren received a combined $95 million in sponsorship payments from tobacco brands.

In response to the STOP report, FIA President Jean Todt said he wasn’t able to police the sponsorship deals made by individual manufacturers.

“The FIA remains firmly opposed to tobacco advertising and continues to stand by its 2003 recommendations,” it said in a statement, sent to CNN by F1.

“We are not in a position to interfere with the private commercial arrangements of teams and their sponsors. We will continue to monitor the compliance with the applicable laws.”

From Michael Schumacher’s iconic Marlboro-emblazoned red Ferarri to Mario Andretti’s John Player-sponsored “Black Beauty,” some of F1’s most iconic and successful cars were synonymous with their tobacco branding. 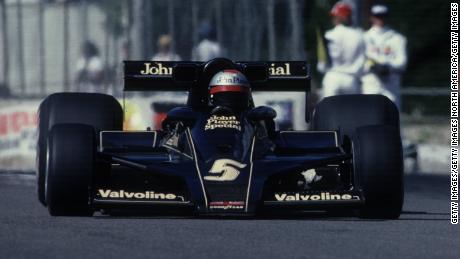 STOP says the FIA’s inability to enforce a ban “undermines” the national bans that have been put in place to prevent tobacco sponsorships in sports.

A European Union-wide ban on tobacco firms sponsoring international sporting events came into effect in 2005, with the Hungarian Grand Prix in July of that year the last F1 race in an EU country to have tobacco advertising.

Both PMI and BAT are part of what is known as “Big Tobacco,” the collective name for the world’s five largest tobacco companies.

“For tobacco companies, the benefits are clear. This is a global sport that draws more than 500 million fans worldwide, mostly young and male — a prized demographic,” Caroline Reid of Formula Money, a co-author of the STOP report, said in a statement.

“And tobacco companies receive a real return on investment — which we calculated to exceed $150 million last year. This figure is based on race coverage alone, not qualifying rounds, news reports or other media, so the total value is probably much higher.” 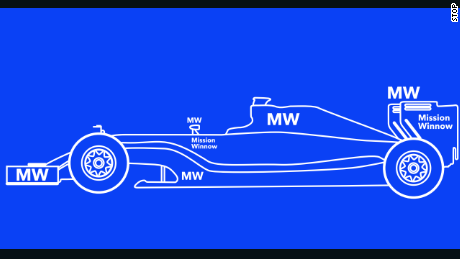 In the 2019 season, branding for Mission Winnow, described on its website as a “PMI-driven initiative” which works in “developing and testing less harmful alternatives to smoking,” featured prominently on Ferrari cars in 10 of the 21 races.

McLaren, meanwhile, featured branding for BAT’s tobacco alternative products Lyft, Vuse and Vype, along with its slogans “A Better Tomorrow” and “Accelerating Transformation” at 13 different races.

A study published in the American Journal of Preventive Medicine in December 2019 linked vaping to long-term risk of respiratory disease.

According to the World Health Organization, “over 80% of the world’s 1.3 billion tobacco users live in low- and middle-income countries.”

“Tobacco companies are plowing more money into F1 as they look to hook yet another generation on their harmful products. Sports-related advertising has been a key strategy in the tobacco industry’s targeting of youth,” said Phil Chamberlain, a partner in STOP.

“In a typically slippery move, PMI and BAT claim that they aren’t directly advertising cigarette brands. But according to trademarks registered by the companies, these brands are associated with tobacco products.

“The money, ultimately, comes from manufacturing and selling products that contribute to the deaths of more than eight million people every year.” 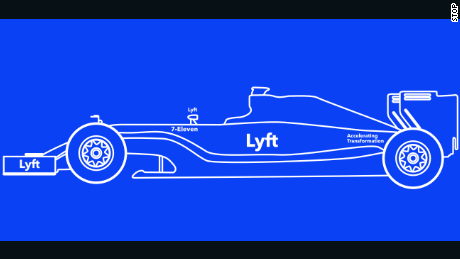 PMI has denied these claims and says the “report’s characterization is false and misleading.”

“We have been very clear that Mission Winnow does not, and will not, promote any tobacco products or brands,” a PMI spokesperson told CNN.

“Mission Winnow is designed to show how PMI is focusing on science and innovation for our future and is conducted in compliance with all applicable local laws and regulations.”

BAT told CNN in a statement that it is “very proud of our global partnership with McLaren.”

“Our partnership, rooted in technology and innovation, continues to be instrumental in helping us accelerate the transformation of our business as we build A Better Tomorrow by reducing the health impact of our business,” a BAT spokesperson said.

“At the heart of this is our commitment to providing adult tobacco and nicotine consumers with a range of scientifically-substantiated, reduced-risk alternatives. It is only by making adult consumers aware of these products that they will be able to choose to use them.

“To be clear, our partnership has nothing to do with BAT’s cigarette brands.”

Ferrari and McLaren did not immediately respond when contacted for comment by CNN. 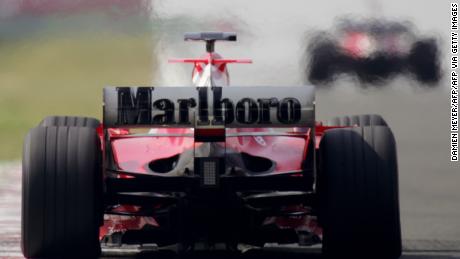 It’s not just F1 that has a craving for associating with tobacco brands.

Mission Winnow branding also features prominently on the Ducati team’s motorbikes and uniforms, while Yahama’s World Superbike team features prominent branding for Rizla, a French brand of rolling papers that was sold to Imperial Tobacco, another of the Big Tobacco brands, in 1997.

“We comply with all international and local regulations,” an Imperial spokesperson told CNN.

MotoGP doesn’t fall under the FIA umbrella, instead having the FIM as its global governing body.

“We always follow the national advertising and sponsorship regulations from every country where a MotoGP event is held,” a MotoGP spokesperson told CNN. “Therefore, since 2006 we did not have any tobacco or nicotine-containing product sponsorship in our Championship.

“As said before, we respect all applicable laws regarding advertising and promotion of tobacco and other smoke-free products.”

In a statement sent to CNN, a Yamaha Superbike spokesperson said: “The simple position is that Rizla, as a rolling paper product, is not included within the legislation referred to.

“In territories where separate legislation relating to rolling papers does exist, as the contracted team that holds the Rizla sponsorship agreement, Crescent always complies with all international and local regulations.” 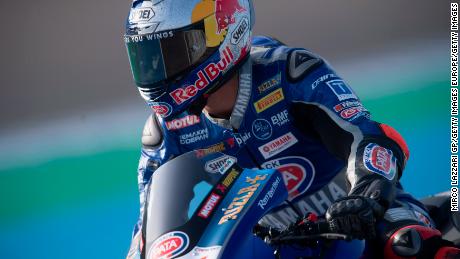 Ducati was not immediately available for comment when contacted by CNN.

According to market research company Nielsen, 62% of new Formula One fans accumulated over 2018 and have been under the age of 35, one of the demographic Liberty Media has been targeting the most since taking ownership of the sport in 2016.

With the exception of only the NBA, F1 is now the sport with the highest proportion of fans under 25, according to STOP.

F1 television viewers in the US and Europe are also more likely to be higher earners than the general population, according to GMR Marketing, which STOP says makes them “a prime audience” for the tobacco industry’s new products.

“Marketing of any established product, but especially one like tobacco, is principally about emotional connections and imagery,” Hastings told CNN. “There is little or no objective information in any form of tobacco promotion.

“Sponsorship is so attractive to tobacco marketers because it brings with it robust ready-made and very attractive imagery.

“What is particularly troubling is that this sort of emotional, image-based appeal is most powerful with the young where the marketing aim is to recruit new users. Established smokers are simply addicted to the nicotine, so have little interest in imagery,” Hastings added.

“For the new user, nicotine — however it is delivered — has no practical benefits; it is all about image and identity. Then they get addicted and it’s a different story.”

With STOP predicting sponsorship to have increased in the current 2020 season, F1 doesn’t appear to be weaning itself off tobacco money any time soon.