J.Crew Taps a Former Employee for Its Latest Collaboration

The loafer has found its place in the wild state of modern menswear, doing its best to edge the sneaker off the top of the proverbial footwear mountain. Earlier this year, we called them “the most crucial shoe of 2021,” and for a good reason—no other pair of kicks offers laceless comfort with such sharp style as the loafer. And today brings the release of a great loafer in the form of a full-circle collaboration between J.Crew and Blackstock & Weber, a rising footwear label started by one of the Crew’s own alumni.

Lori Harvey on New Skincare Line, SKN, and What Inspired Her Journey to Glowing Skin

“I was a part of the opening team at the J. Crew Liquor Store,” says Christopher Echevarria, the founder and creative director of Blackstock & Weber. “I worked there while studying menswear design at the Fashion Institute of Technology.” The Liquor Store, somewhat famously, was the former Tribeca bar transformed into a clubhouse boutique beloved equally by downtown types and the menswear inclined during the 2010s. “While there, me and Mickey Drexler [former J.Crew CEO] got close, and I became a scout for partnerships that we’d eventually end up selling at men’s shop locations around the world.”

Since starting Blackstock & Weber in 2017, Echevarria has built a loyal following, landing spots on the shelves of mainstream streetwear empire Kith and the highly curated shop 3.Sixteen. The brand’s loafers fit in both places. That’s because they don’t look quite like your regular loafers—they’re made from offbeat materials like honey-hued croc and hairy baby-blue suede instead of your standard black or brown leather. And then, for lookbooks, they’re often styled with Nike socks or grey sweatpants. It’s the way you want to wear a pair of loafers now.

As Echevarria tells it, this whole project came together quite simply and quite organically. J.Crew reached out, and then “it was a lot of swatch play until we found something that felt like a natural tie between the brands.” The end result is a gorgeous pair of two-toned loafers, mixing earthy browns and tans with a sharp cowhide-esque print. The accompanying lookbook shows just how much mileage you can get out of a well-designed loafer: the pair are worn with blue jeans, then grey sweatpants, and lastly, with a beautifully shaded suit. They drop today on J.Crew’s site. 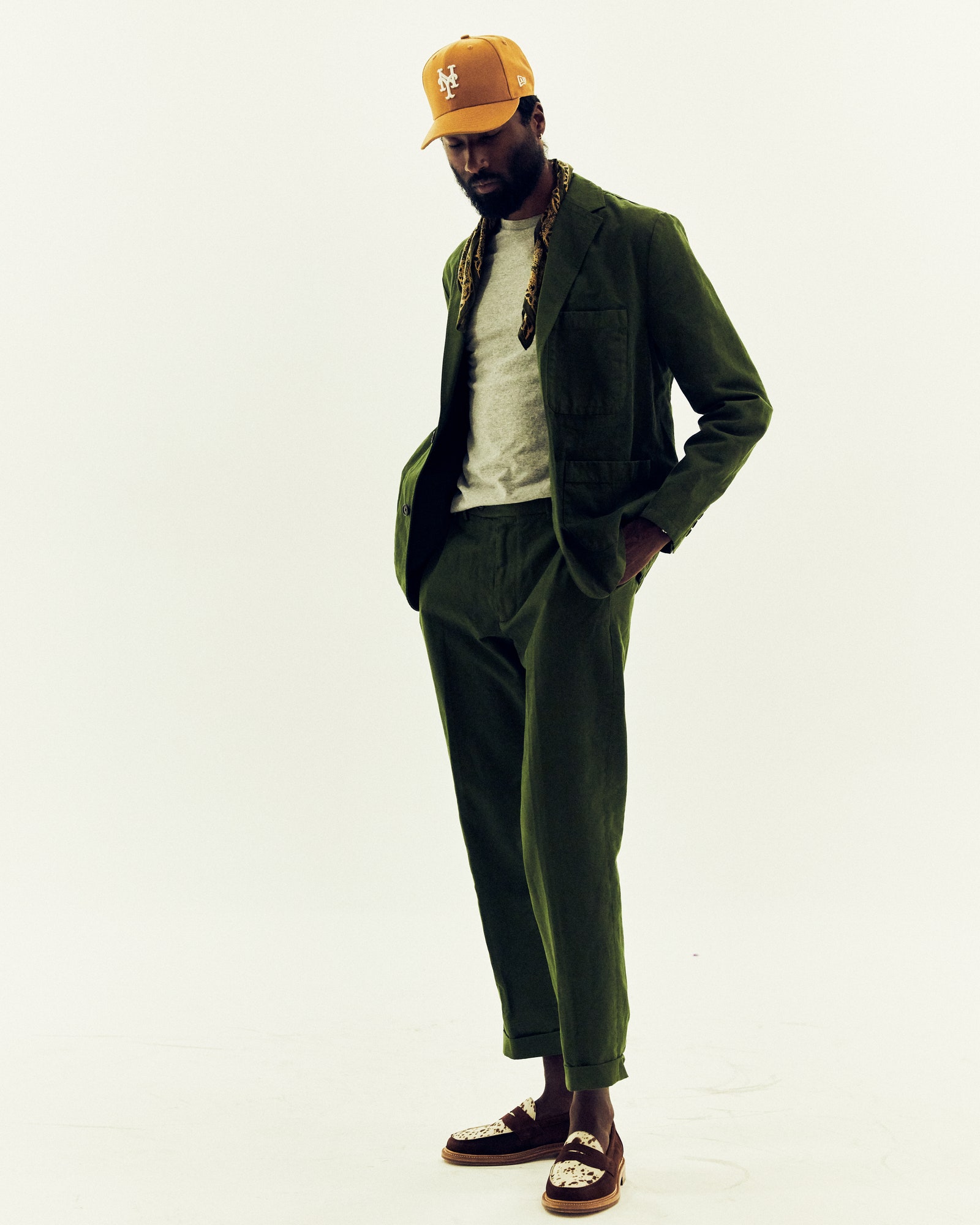 The collaboration also feels like a return to form—and perhaps a hint of what is to come—for J.Crew, especially now that former Supreme creative director and Noah founder Brendon Babenzien is in the seat as its lead men’s designer. Blackstock & Weber is an emblem of how many guys want to dress these days: a certain American timeliness spiked with an arty and semi-streetwear edge. That makes Echevarria’s label a natural partner for the direction that J.Crew appears to be headed, and it also makes for some highly covetable loafers.