TV OT: The Emmys sounded the alarms for the award-show ratings nightmare

TV OT is a weekly look at what CNN’s entertainment team is watching since too much television has us all working overtime.

The 73rd edition of the nighttime Emmys will air Sunday, after drawing a record-low 6.1 million viewers last year, despite what most agreed was an impressively resourceful virtual ceremony. While there was some modest hand-wringing over that number, in hindsight it served as a warning for the 50-plus-percent ratings swoon by the Golden Globes, Grammys and Oscars that followed.

The pandemic and going virtual surely played a role in that. The dour state of the world not only made Hollywood back-patting appear even more inconsequential but robbed the events of the red-carpet glamor and “Who wore it best?” fashion debates that elevate these shows beyond just who wins or doesn’t.

Still, even before coronavirus award-show ratings have declined. Part of that has to do with the challenges of an industry in transition, one evolving from the broad appeal of TV’s earlier days to siloed-off viewing by a splintered audience choosing its own pay-to-view menu.

The Emmys, in particular, have wrestled with abundant content that has fragmented viewing to the point where most people haven’t heard of, much less avidly watched, many of the nominees.

Including programs like Disney+’s “WandaVision” and “The Mandalorian” (each winners of multiple Emmys at the Creative Arts ceremonies) could broaden the appeal, particularly among sci-fi/genre fans who have seldom earned much recognition in award circles historically.At the same time, the push toward streaming has only hastened the balkanization of TV, with subscribers to certain streaming services not sharing even the same options as those who might pay up for others. On top of that, we don’t know how many people are watching nominated shows like “Ted Lasso” or “The Boys” on Apple TV+ and Amazon, respectively, since those outlets don’t share viewing data.

Everyone, naturally, has an explanation for why award-show ratings have fallen, starting with the ready availability of clips that lessen the need to tune in live. Conservatives put the blame on Hollywood’s politics and outspoken liberal stars — a factor, surely, but not one by itself that can account for the pace of the losses, especially since those dynamics are hardly new.

Of course, award shows serve a purpose that goes beyond ratings, reflecting career-topping achievements for those in Hollywood eager to receive such recognition from their industry peers. But they are also commercial enterprises for the networks that air them and the organizations behind them, which draw most of their revenues from TV fees.

The Emmys will go on, as will the Oscars and Grammys. Thanks to the hunger for web traffic, they’ll be covered and analyzed by media outlets, overlooking how much those lights have dimmed.

The truth, at this point, is that there might be no fixing a problem with so many moving parts. About all networks can do is to try making these presentations as appealing as they can be, and hope that’s enough to stop the bleeding.

Failing to crack the ‘Code’ 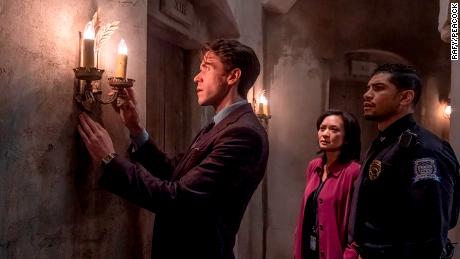 After two movies based on Dan Brown’s books starring Tom Hanks, “The Da Vinci Code” character Robert Langdon gets a bland series spin for the streaming service Peacock. “The Lost Symbol” goes younger (don’t they always?) by casting Ashley Zukerman in the central role of the Harvard symbologist, embarking on an adventure with a shadowy voice pulling the strings.

Basically, the first few episodes feel like the TV version of the franchise that someone would have made in the 1990s, which is fine, but not really the stuff of streaming. Forced to put it in Langdon’s terms, the emoji for the show — which premiered Thursday — would be a shrug or a thumbs down, take your pick. 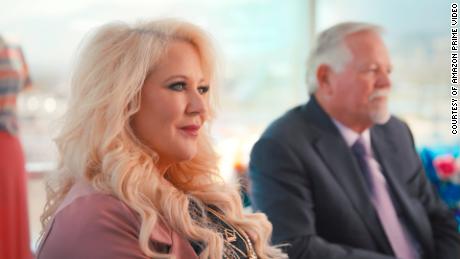 The cast of “Tiger King” has had their 15 minutes. The newest docuseries obsession of the masses is Amazon’s “LuLaRich.” CNN’s Sandra Gonzalez shares her dream cast for the inevitable miniseries.

“In taking on the story of multilevel marketing company LuLaRoe, ‘Fyre Fraud’ directors Jenner Furst and Julia Willoughby traded stories about sad cheese sandwiches for those about hamburger crotch leggings. The result was, unlike the thought of the aforementioned food items, delicious.

It took about 10 minutes — around the time Mark Stidham, one of the founders of the company, said “out of our 14 children, two of them are married” (to each other!) — to decide this needed to be made into a miniseries.

For anyone willing to take it on (paging Adam McKay?), I’ve done some of the casting work for you:

Mark and DeAnne Stidham, CEO and president/founder of LuLaRoe: Woody Harrelson and Katy Mixon. These roles demand people who can pull off homespun charm, which these two actors have in spades. Mixon is quite young for this role and would require one heck of a physical transformation, but her experience playing a mom-in-charge on “American Housewife” makes her particularly qualified to portray a woman who built a billion-dollar company by speaking their language.

Sam Schultz, DeAnne’s nephew and former director of events: Chris Sullivan. Sam is a big personality and the ‘This Is Us’ alum has had plenty of practice doing exactly that. Also, for a brief moment when Sam was introduced in the documentary, I thought it WAS Sullivan.

Derryl Trujillo, former home office employee who is so disgusted with the company that he won’t listen to Kelly Clarkson because she performed at a LuLaRoe event: Paul Walter Hauser. This was a hard one because Trujillo, who is having a moment since the release of this doc, is one-of-a-kind. But I can see Hauser quoting Gen. Martok from “Star Trek: Deep Space Nine” with believable conviction.

Ashleigh Lautaha, one of the first LuLaRoe retailers who says when her marriage hit hard times, it was suggested that she read ‘The Proper Care and Feeding of Husbands,’ which ‘is geared toward being submissive’: Alexandra Breckenridge. The ‘Virgin River’ star would nail the role of this no-nonsense mom.

LaShae Kimbrough, former home office employee who called out the lack of diversity in the company: Ptosha Storey of BET series ‘Tyler Perry’s The Oval’ and ‘Empire.; Kimbrough was one of my favorites in the docuseries, if for this quote alone: ‘You guys should be held accountable, whether you be sued or your story be told because remember you started in the trunk of your car. So you never forget you was just selling skirts, sweetheart, out the trunk of your car, and now look at you. So the least you can do is show the people who put you where you are some respect.’ Storey is an actress who can unleash a truth bomb with the grace usually seen only in those who recite poetry.”

I wish more people were talking about ‘On the Verge’ 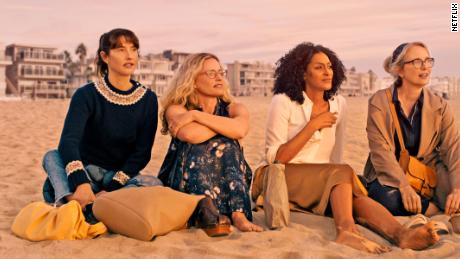 CNN’s Megan Thomas shares that she watched the entire first season of “On the Verge” almost as fast as “LuLaRich,” like a “glass of sauvignon blanc on a Friday at 5 p.m.”

“Julie Delpy, the Gen X heroine of the ‘Before’ franchise, helped turn a long conversation between two people into three beautiful films. Her latest project, ‘On the Verge,’ is a conversation between four women, friends who are dealing with strained marriages, career change and parenting.

The 12-episode Netflix series is set in Los Angeles over two months in early 2020, on the verge of the pandemic and big changes for each character. Delpy created the show and wrote and directed several episodes. Her humorous, thoughtful and at times cringe-inducing look at the lives four specific women may only resonate with a particular demographic, but that’s kind of the point. Women in their mid 40s and 50s aren’t often at the center of stories on screen — and are frequently made to feel like a secondary character in their lives off screen. ‘On the Verge’ explores the messiness of midlife with candor and confidence. ‘The show is talking about not having to lie about your age,’ Delpy recently told The New York Times. ‘Or pretend you’re something else.'”

Tags: 'LuLaRich' and 'On the Verge' - CNNentertainmentWhat to watch: The Emmys
Share197Tweet123Share49
No Result
View All Result