These Were The Most Googled Celebrity Outfits In 2020

On Wednesday, Google released its annual “Year In Search” report, which outlines all of the top-trending searches of 2020. The election and coronavirus were, of course, at the top of the list, as was the definition of “WAP.” It also included searches for this year’s biggest celebrity fashion moments, some of which many of us are still thinking about to this day.

Traveling Light This Summer? How To Style One Dress 5 Ways

Remember the Grammys? Music’s primary award show took place back in January when red carpets and crowded arenas were still a thing. For it, two of the year’s most prominent musicians showed up wearing outfits worth remembering, which is why they made it to Google’s list of the top-trending celebrity outfits. Lil Nas X, who was awarded two Grammys for his song “Old Town Road (Remix)” at the ceremony, turned heads when he arrived on the red carpet wearing a hot pink Versace suit that included a matching harness and a cowboy hat and boots. Alongside him on the list is “Everything I Wanted” singer Billie Eilish, who went equally as bold for the occasion in slime green Gucci. She paired the GG-printed two-piece set with fingerless gloves, shiny puff-sleeves, and dad trainers. (Even her black nails were printed with green double Gs.) 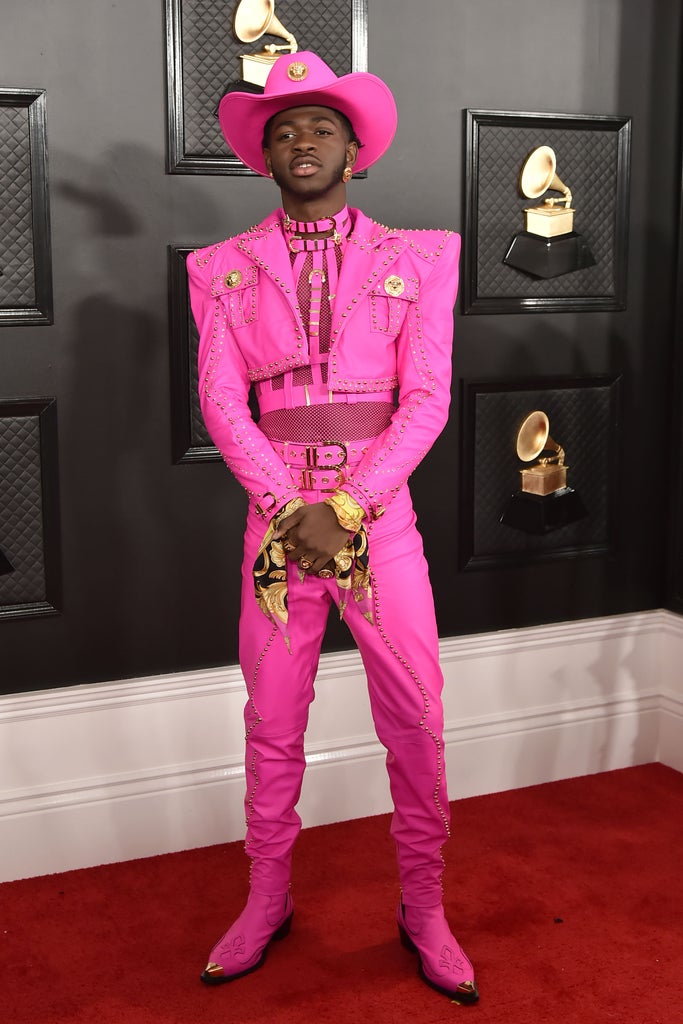 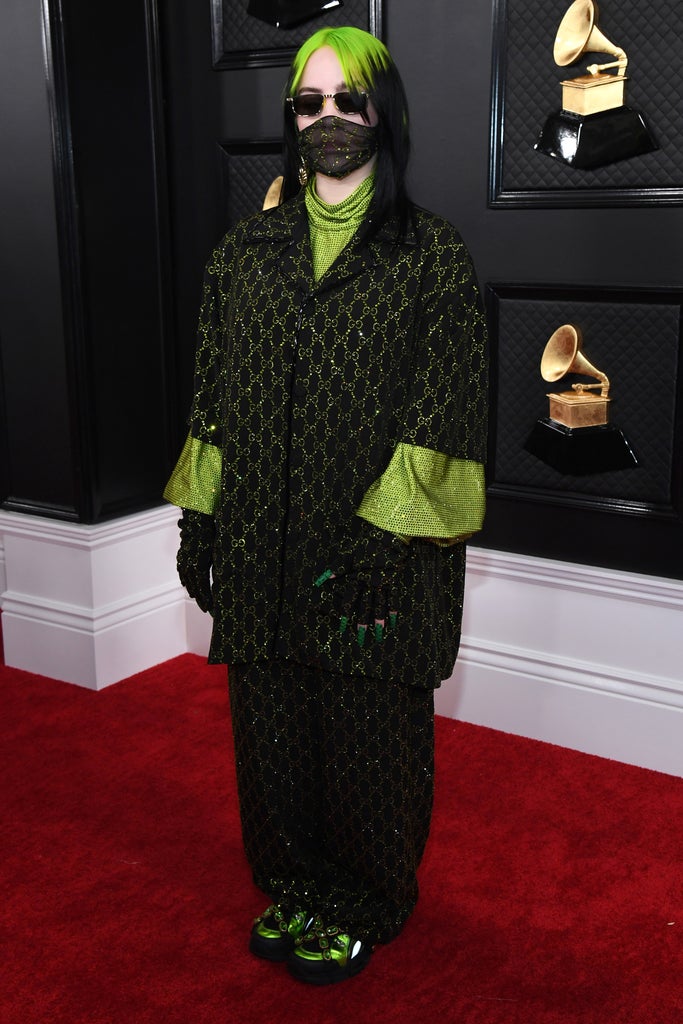 Also on the list is Lizzo, whose tiny bags, “VOTE” ensembles, and more were 2020’s style highlights. The look that trended most on Google, though, was one she wore while courtside at a Lakers game: a simple black, short-sleeved T-shirt dress — or so we thought. Upon the Lakers Girls’ performance of her song “Juice,” the Grammy-winner stood up and twerked to the song, revealing a cutout in the back of her dress that showed off a black thong. (How very 2020 of her!) The look sparked a debate online. In response, she addressed the critics in an Instagram live video: “Negative criticism has no stake in my life, no control over my life, over my emotions. I’m the happiest I’ve ever been. I’m surrounded by love, and I just want to spread that love — and also spread these cheeks. And you know what? If you really, really don’t like my ass, you can kiss it. ‘Cause kissing it makes it go away. I promise.”

And we can’t talk about 2020 celebrity outfits without mentioning Harry Styles, whose outfits made the list alongside other standouts like J.Lo’s Super Bowl ‘fit (Shakira’s look from the performance also made the cut) and a Melania Trump outfit. (Due to the buzz surrounding it, we assume Google’s referring to her military-inspired Alexander McQueen suit from the Republican National Convention?) Styles’ most notable looks of the year are harder to pinpoint due to the fact that there have been so damn many of them. From his crochet top and colourful sunglasses in the “Watermelon Sugar” video to the floral headpiece and billowy shirt he wore while singing “Golden” in the Italian countryside, the singer-actor’s style was on-point this year. Oh, and he made history in November when he became Vogue’s first solo male cover star, which he did while wearing a Gucci dress.

Travis Scott’s Batman costume, and looks from Noah Cyrus and sports analyst Maria Taylor, rounded out the list. You can read the full “Year In Search” report now.

How To Resist Instagram's Wear-Once Culture

The 8 Bags Every Woman Has Owned