Slow journalism: Something to add to your summer reading list

Eight and a half years ago, Paul Salopek set out on a long walk: 21,000 miles across four continents. He’s still walking.

His aim was to replicate, as far as possible, the migration route that carried early humans from Africa through Asia and to the Americas.

The journey took our species perhaps 50,000 years. Salopek, a California-born journalist, figured he could do it in seven.

“And that’s OK,” he told me in a call from Shanghai. “This project has become my life. It’s what I am now. I’m privileged to be able to do it.”

The reward, he said, has been meeting other humans of almost infinite variety: cattle-herding nomads in Ethiopia, farmers in Pakistan, a cobbler in Afghanistan, an ox-cart maker in Myanmar.

Paul Salopek with a family of oxcart makers in northern Myanmar.

And migrants, millions of migrants — some driven by war or disorder; others by economic crisis or climate change.

“Movement is mankind’s oldest survival strategy,” he wrote in one of his articles from the road for National Geographic.

“Sitting down” — that is, settling in one place — “is relatively recent,” he told me. “Moving around is in our limbic memory.”

Even the COVID-19 pandemic, which formally closed borders around the world, didn’t end informal migration. “The idea that you can block migrants with a wall is silly,” he said. “It’s an Iron Age response to a 21st century problem.”

In his travel, he has run into five wars — in Ethiopia, the West Bank, Syria, Kurdistan and Afghanistan — and a military coup in Myanmar. He has been ambushed twice and stopped by police or soldiers more than 100 times.

And yet he has taken positive lessons so far: Most of the world is at peace, and most humans are good. 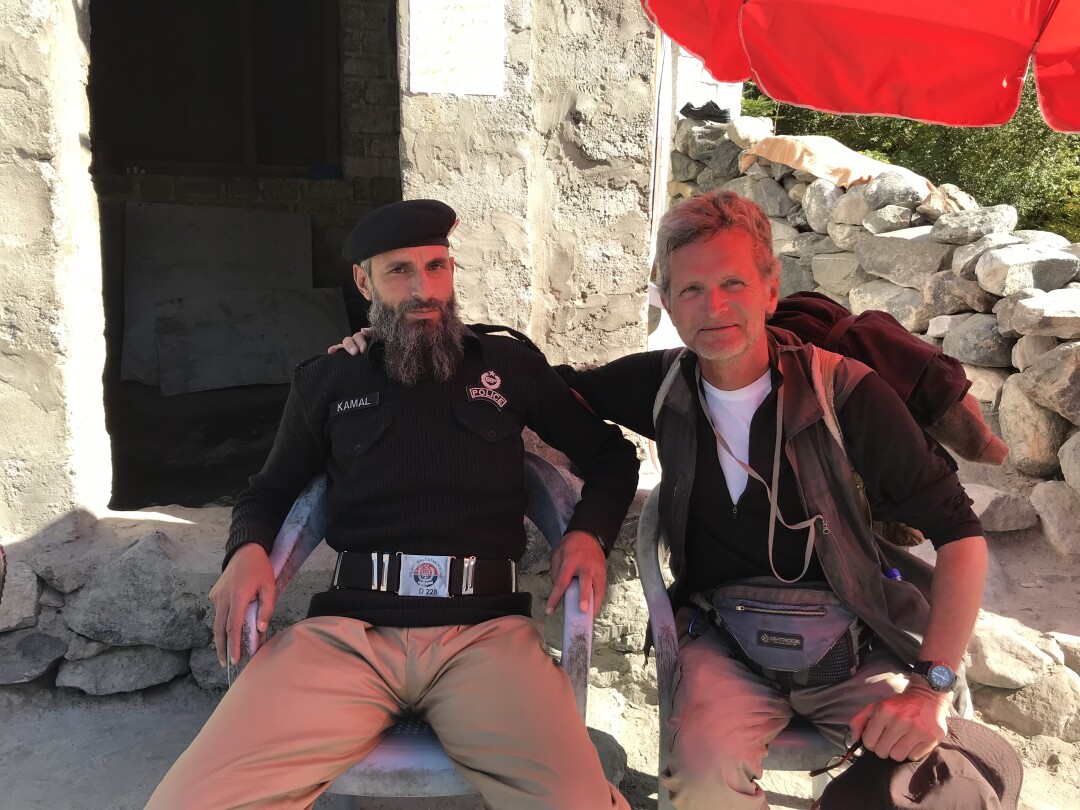 Paul Salopek with a bearded cop at a checkpoint in northern Pakistan.

“Five wars is a lot of wars to walk through, but there’s an awful lot of peace in between,” he said. “This will sound Pollyannaish, I know.”

Salopek has a tip for travelers (beyond investing in good shoes): Pack good reading material.

“I must have more than 200 books in my Kindle,” he said. He just finished rereading “Chernobyl Prayer” by Belarusian journalist Svetlana Alexievich, a collection of interviews with survivors of the 1986 nuclear accident.

Salopek may be among the world’s most devoted practitioners of “slow journalism”: the belief that slowing down, reporting details in depth and writing at length can produce better and more accurate descriptions of the world, even in the Internet Age.

Especially in the Internet Age.

“There’s a standard media construct that compresses reality and produces stories that are digestible, and that’s understandable, because there’s so much information out there to absorb,” he said. “But this walk has reminded me how artificial that is.” 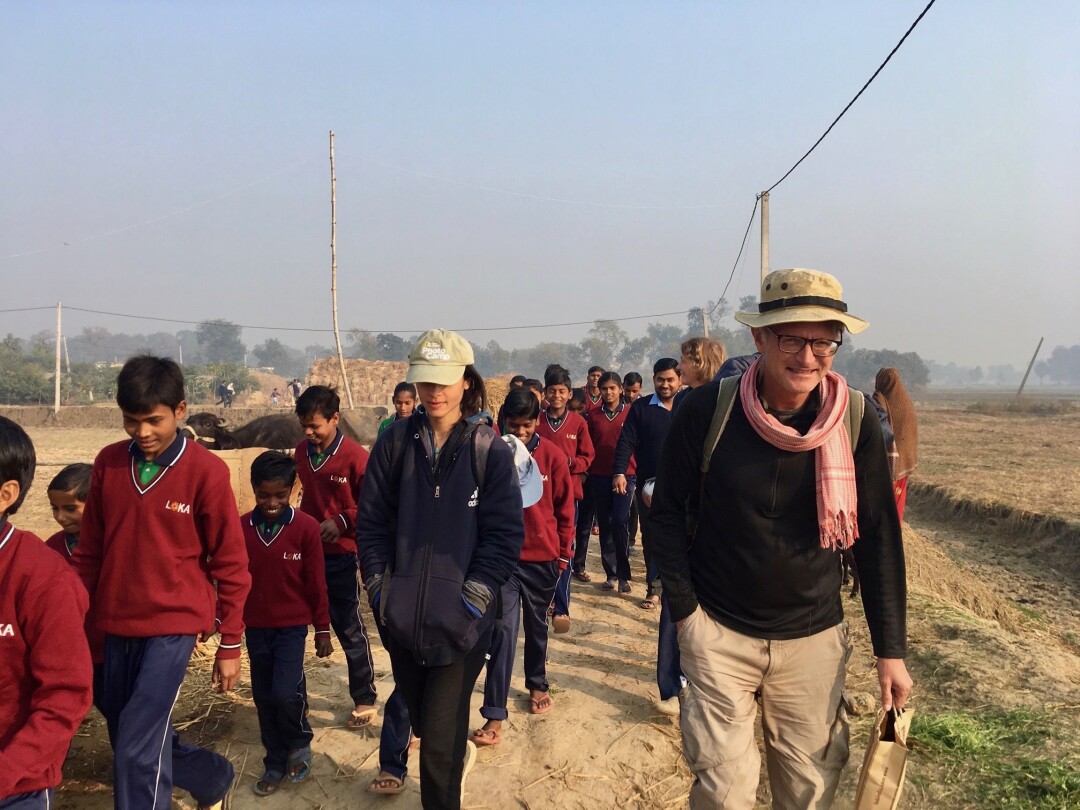 Paul Salopek walks with students in red jumpers while visiting a school in Bihar, India. Salopek is with walking partner Bhavita Bhatia.

As a veteran of that standard media construct, I can attest that he’s right. That’s why, like Salopek, I often make room on my reading list for slow journalism, sometimes referred to by the less-evocative term “longform.”

Perhaps surprisingly, we’re in the midst of a boom in longform journalism — helped by the fact that the internet offers writers more ways to publish their work, even if it doesn’t always make it easier for them to earn a living.

Salopek, like many serious readers, is a fan of the Atlantic and the New Yorker, venerable magazines (founded in 1857 and 1925, respectively) that have prospered in the digital age by reinventing themselves while still focusing on quality.

Traditional newspapers, like this one, have also learned that longform journalism is an essential part of their franchise — because readers want it. Column One, the regular longform feature of the Los Angeles Times, was revived early in 2019 after two bleak years of absence.

If you’re looking for summer nonfiction reading, you’re in luck. There is not only a boom in longform journalism; there’s something of a boom in newsletters that help readers find the best work out there.

I’m partial to the Sunday Long Read, a weekly digest produced by journalists and guest editors that has a chatty, personalized feel. It’s also worth looking at Longreads, which offers articles from an eclectic mix of mainstream, not-quite-mainstream and downright obscure sources. For something a little more highbrow, there’s the Browser, a smart British aggregator that draws on sources across the English-speaking world. 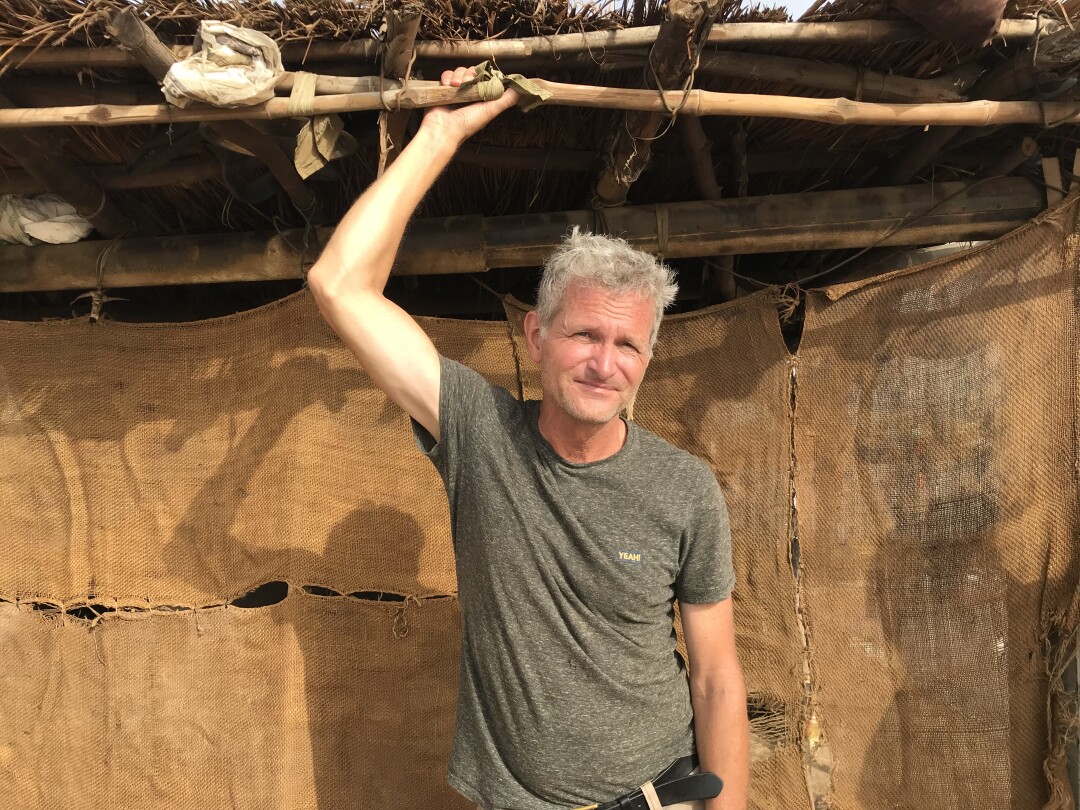 Paul Salopek at a salt mine in Rajasthan, India.