There’s a secret code in the Mars rover’s parachute

The drawings, which were made between 12,600 and 11,800 years ago, show human figures, hunting scenes, plants, trees, and animals. The discovery is featured in the series “Jungle Mystery: Lost Kingdoms of The Amazon,” which recently premiered on Channel 4 in the U.K.

“The thousands of pictures are among the oldest depictions of people interacting with the huge creatures, including mastodons,” said the U.K.’s University of Exeter, which participated in the research, on its website.

In addition to mastodons, other native animals are depicted such as camelids, three-toe ungulates with trunks, and what resembles a giant sloth.

“These native animals all became extinct, probably because of a combination of climate change, the loss of their habitat and hunting by humans,” said the University of Exeter.

The rock art was discovered in the Colombian Amazon.
(Channel 4/Jungle Mystery: Lost Kingdoms of the Amazon on Channel 4)

“These really are incredible images, produced by the earliest people to live in western Amazonia. They moved into the region at a time of extreme climate change, which was leading to changes in vegetation and the make-up of the forest,” said University of Exeter Archaeology Professor Mark Robinson. “The Amazon was still transforming into the tropical forest we recognize today.”

Researchers from the European Research Council-funded project LastJourney made the discovery and excavations were made in 2017 and 2018. The findings are also described in the journal Quaternary International.

Ella Al-Shamahi, who presents the Channel 4 series, described the challenges of filming in the remote Amazonian location. 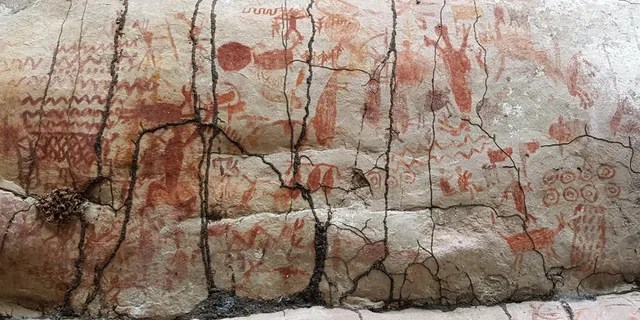 The rock art depicts a host of creatures.
(“Jungle Mystery: Lost Kingdoms of the Amazon” on Channel 4.  )

“This discovery is not a drill — it is big news and will take many decades to unpack, it was also a bloody nightmare politically, security and rainforest-wise to get to,” tweeted Al-Shamahi.

“This is such a significant discovery and seems to not have been known about by science or locals (often locals know),” Al-Shamahi said, in another tweet, noting that the rock is deep in rainforest controlled by the Revolutionary Armed Forces of Colombia (FARC).

A 2016 peace treaty between FARC and the Colombian government meant that experts were able to visit the area where the rock art is located. 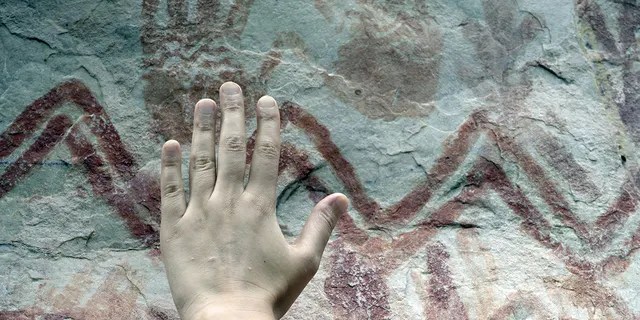 Earlier this year, in another project, archaeologists announced the discovery of mysterious rock art in megalithic tombs in Israel.

8 stimulus check variables that could make your third payment much, much more than $1,400