At a time when the world is obsessed with news—or completely over it—a new podcast series wants to remedy information overload with rom-com relief.

Founded by former investment analyst Naomi Shah, Meet Cute is a romantic-comedy podcast series made up of original, 15-minute episodes. Since launching in February, its more than 200 episodes have been listened to by one million people who want to be entertained.

“There’s definitely a gap in audio today where there’s so many news and nonfiction podcasts,” says Shah. “I think that there is a value in scripted content that just allows you to escape into something.”

As much as rom-coms may provide an escape, the genre has struggles to represent the wide audience it attracts. Films like 2018 hit Crazy Rich Asians have brought diversity, but the overwhelming majority of those that have dominated the box office have continued to predominately feature straight, white leads. With a global network of more than 500 creators, Shah has prioritized diverse storytelling and casting. In the episode “The Screamies,” for example, characters Jasmine and Sophia meet while studying abroad and find love is in the air, despite a spooky backdrop.

“When you think about the classic rom-coms, which are all amazing—we love the Nora Ephron stories of the world—you kind of get this very similar story every time,” says Shah. “We keep that narrative arc, but we want to fill that storyline with new characters, new settings, that really reflects today’s social and cultural values.”

The pandemic has helped. “We found a way to turn it into a strength for us,” says Shah. The team, which has been releasing new episodes three times a week, curates content via Zoom and Google Hangout with the help of its sound engineering team, allowing for talent in different cities to collaborate. “We’ve had the ability to democratize access to creators,” she adds. 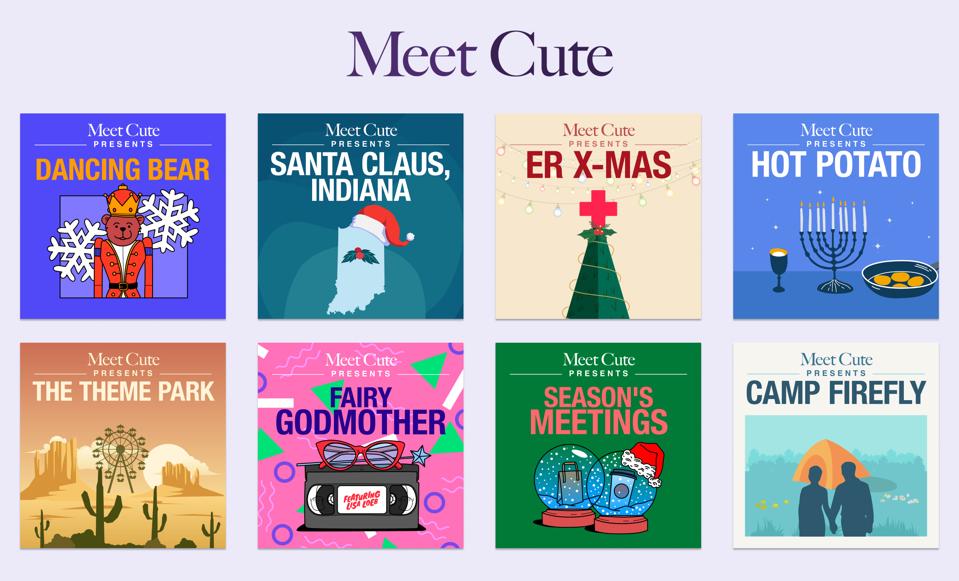 Since launching in February, Meet Cute has produced more than 200 episodes.

Investors have latched on to the idea. Shah just closed a $6.25 million Series A funding round, bringing her total amount raised to $9.25 million. Backers include LocalGlobe, Lerer Hippeau and Newark Venture Partners, as well as Union Square Ventures, Shah’s former employer.

As a member of Union Square Ventures’ investment team, Shah searched for startups at the intersection of entertainment and well-being to add to the company’s portfolio. “Over time, I basically put together what ended up being the business plan of Meet Cute,” she says. After two years, she left Union Square Ventures to pursue the plan full-time. 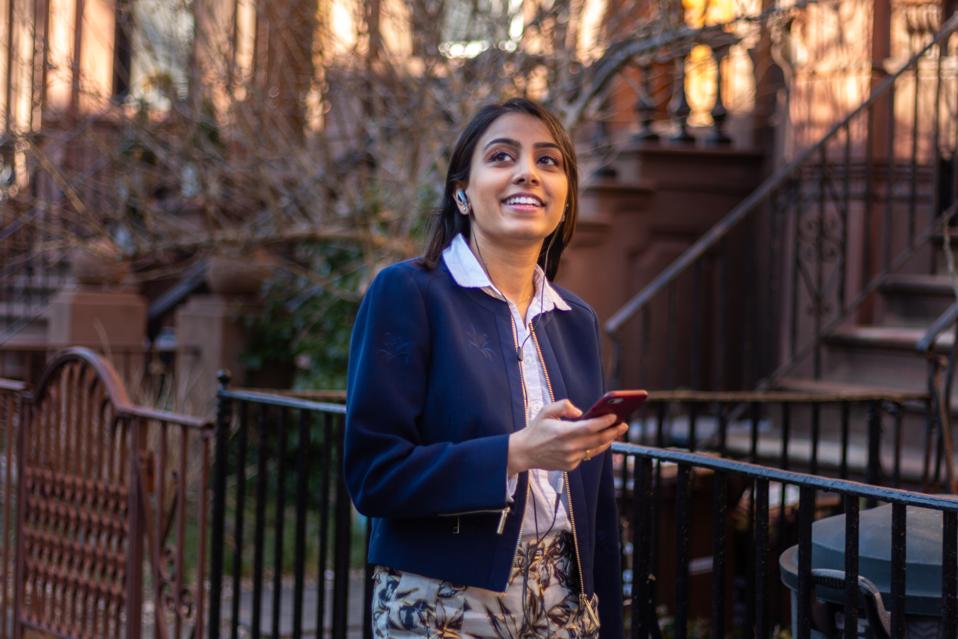 Meet Cute founder Naomi Shah credits her investment analysis background for helping her craft the idea for the company.

Meet Cute has yet to turn a profit. For the time being, Shah’s priority is drawing a loyal audience. “Meet Cute is starting with a content-first approach,” says Shah, noting that the company currently runs ad-free episodes. “Listeners come for the content, and stay for the community.”

With new funding under her belt, Shah has immediate plans to ramp up Meet Cute’s partnerships with hopes of collaborating with top Hollywood talent and incorporating pop culture into storylines. She’s already brought in celebrities like Julianne Hough, who executive produced and voiced a three-part series with Meet Cute, as well as singer Lisa Loeb, whose song “Stay I Missed You” is played during an episode.

“We’re starting to see that we can take some risks,” says Shah. “We’re pushing the boundaries of what’s possible.”