“What I bring to the table is energy and excitement. People are ready for a new candidate who shares their lived experiences like women and young people. Working class families, such as the one that I grew up in. That will excite people and give some momentum,” said Valencia, who will turn 36 next month.

“We’re gonna have our very first female vice-president. Voters are looking for that. Some fresh faces in the Democratic party. I can bring that to the ticket along with my downstate roots. Being the first Latina to run for secretary of state and the first woman that could possibly sit there.”

To underscore the need for fresh blood, Valencia added her name to the growing list of politicians demanding that state House Speaker Michael Madigan be replaced as chairman of the Illinois Democratic Party in the wake of the Commonwealth Edison bribery scandal.

“We saw that in the last election. He was a distraction,” Valencia said.

“I support whatever the House decides [in the January election for speaker], but I do not support the speaker continuing to run the party. The party needs a change. That’s where we should start. The rest is not up to me.”

Former state Treasurer Alexi Giannoulias and County Clerk Karen Yarbrough are also considering a run for the patronage-rich office that White has held since 1999. Neither has formed an exploratory committee.

Valencia has been a rising star in Chicago and Illinois politics since December of 2016.

Emanuel made the same claim on that day that Valencia is making now. As a “millennial who happens to be Hispanic,” Valencia is a “rising star” and part of a “new generation of leaders” in Illinois politics.

A native of downstate Granite City, Valencia is the first member of her close-knit Mexican family to graduate from college.

Her father once offered to “sell a kidney or liver” to pay her tuition at the University of Illinois, but a full scholarship made it unnecessary.

After interviewing for a job she didn’t get on then-U.S. Sen. Barack Obama’s staff, Valencia was connected through a family friend to a job as a campaign organizer for the Virginia Democratic Party.

She graduated, bought a car and drove to Virginia, where she canvassed seven days a week in a heavily Republican area “where they called me a baby killer,” Valencia once said.

The girl who wrote a third-grade essay about wanting to become the first woman president had politics in her blood. 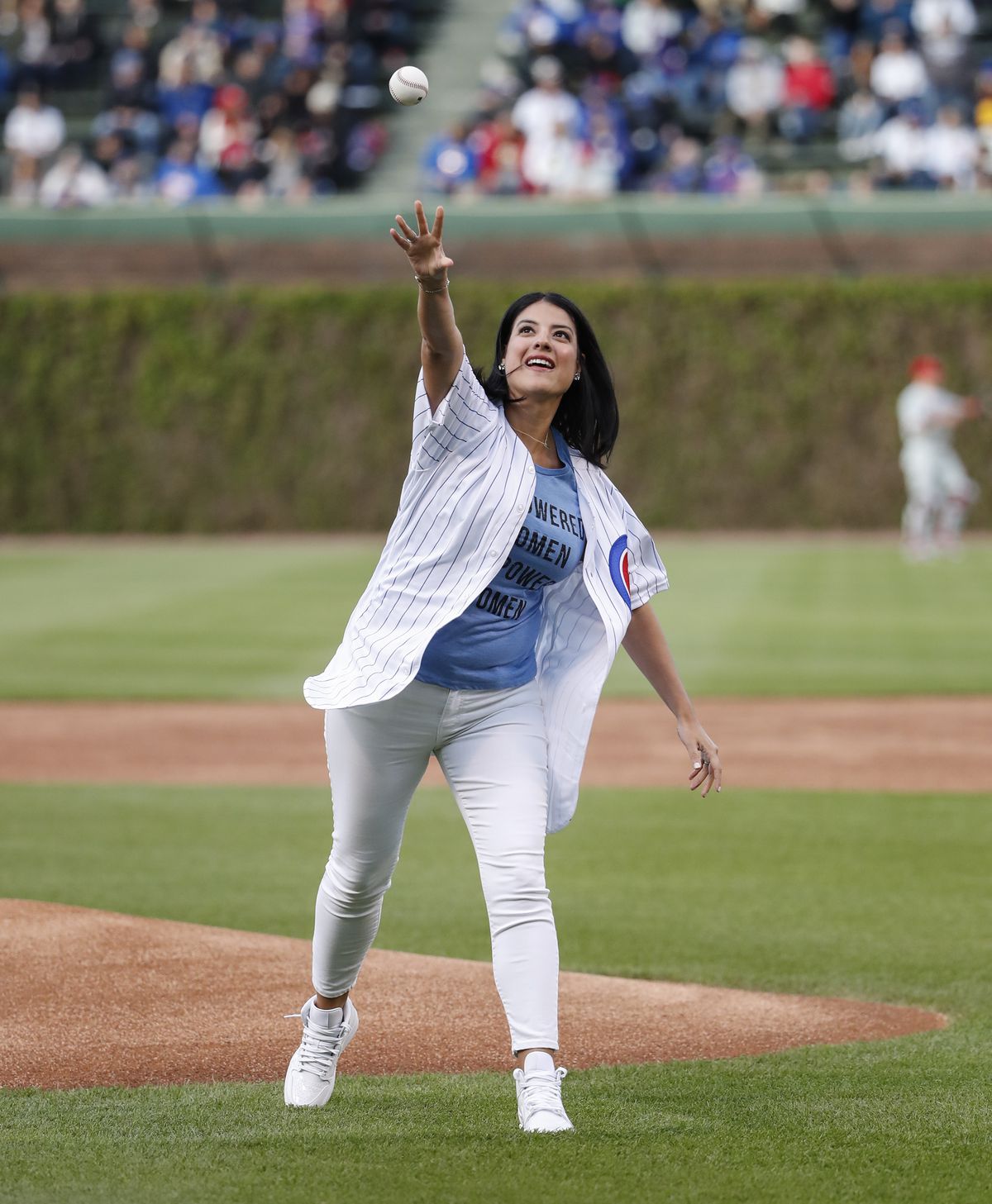 City Clerk of Chicago Anna Valencia throws out a ceremonial first pitch before a baseball game between the Chicago Cubs and the Philadelphia Phillies last year.Kamil Krzaczynski/AP file

As city clerk, Valencia has championed the CityKey ID that was controversial at first, but has been wildly successful in giving undocumented immigrants, ex-offenders, homeless Chicagoans and other vulnerable populations the identification they need to get a job.

She has also worked with Mayor Lori Lightfoot to bring equity to Chicago’s overly-punitive ticketing, towing and booting policies that have unfairly targeted minorities and forced thousands into bankruptcy.

If elected secretary of state, Valencia says she would work to promote both of those goals and at least consider the idea of creating a state version of the CityKey ID.

Valencia said she plans to put a campaign infrastructure in place, start fundraising, then “see what the lay of the land looks like in the spring.”

White, 86, said last year that he would not seek a seventh term in 2022, but the Near North Side Democrat has reversed retirement plans before. 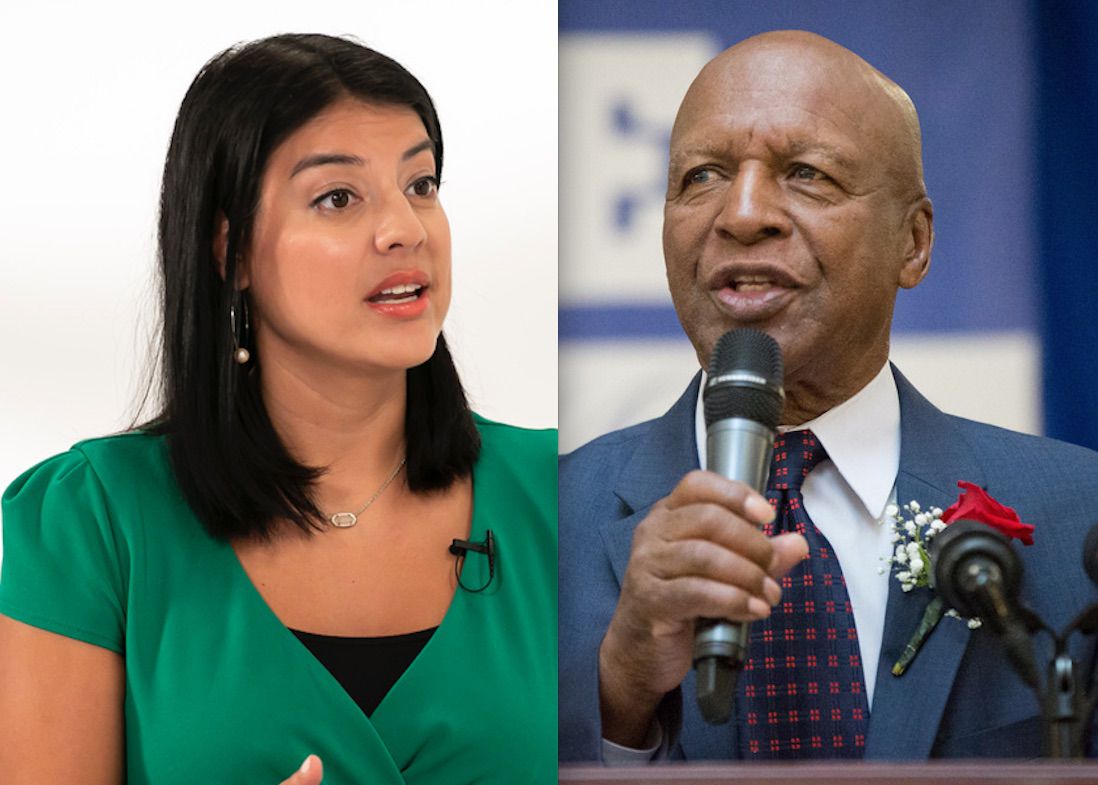 Valencia said she won’t hesitate to bring her seven-month-old daughter on the campaign trail.

“Look at people like Sen. Tammy Duckworth. She took her baby onto the floor of the Senate. She ran when she had a young child. You’re seeing more and more women run with young children. That’s awesome,” she said.

On the day Valencia was sworn in as city clerk, Rules Committee Chairman Michelle Harris talked about Valencia’s physical appearance in a way that might have been insulting if the words had come from a man.

“Anna Valencia is a woman — and a pretty woman at that” whom all the men in the City Council love, Harris said on that day.

“Your husband has strong competition.”