Can Mick Schumacher emulate his father Michael in Formula One?

In less than 12 months, and in a season curtailed by the coronavirus pandemic, Schumacher’s fortunes have transformed. On December 6 he was crowned F2 world champion, winning the title by 14 points on the final weekend of the season, and a few days prior to his triumph in Bahrain it was announced he would race in F1 next season, where his father, a brilliant seven-time world champion, became a global name.

Kyrie returns with 37; Nets fall in debut of Big 3 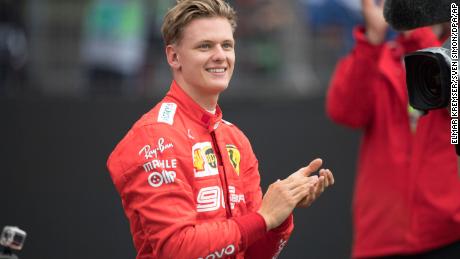 The 21-year-old Schumacher has always been a talented driver, Rosin says, he merely needed time to adapt following his promotion from European Formula 3, where he won the championship in his second year following an inauspicious first season.

He needed to learn, for example, how to manage tires, from driving with the Hankook ones he was accustomed to in F3 to Pirelli, and adjust to a heavier, more powerful car.

“One of the strong points of Mick is once he learns something … it’s something that nobody would move [from] him, that’s a very strong point,” Rosin adds.

“He’s a very technical guy, he wants to understand everything 100% before putting it in place.

“We’ve been working together already five years, and he’s grown up as a driver and grown up as a man. He’s part of our team and an amazing driver to work with.”

Not just another young driver 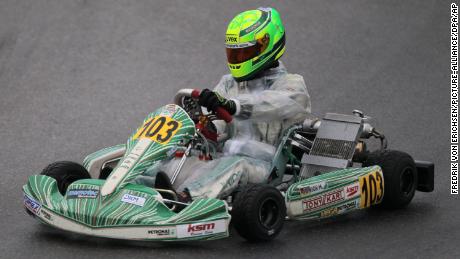 A championship which is held on F1 race weekends, F2 is a breeding ground, a place where drivers can showcase their skills as the undercard fighters before the main bout.

Current F1 drivers, Ferrari’s Leclerc, Williams’ Russell, McLaren’s Lando Norris are all previous F2 champions, as is Lewis Hamilton, though when F2 was under a different guise.

But Schumacher has never quite been like most other young drivers. There is a febrile interest in his progress. During his karting days, Schumacher chose to race under the pseudonyms of Betsch — his mother’s maiden name — and Junior, as he attempted to learn his trade under the radar.

“We’re not treating him any differently to any other drivers. He’s one of the drivers of the team and we want to give him our best to make sure he can perform. 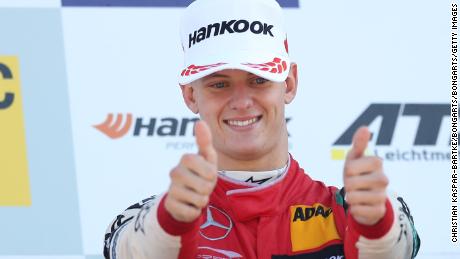 “All his life he’s been used to pressure. On the other hand, if you want to win the championship and want to be a leader in the sport you have to be able to handle the pressure, otherwise you will not go to Formula One, or be in the top categories of motorsport.”

Schumacher has not only improved on the track over the last 12 months, but seems more confident off it. Last year his answers to journalists were often guarded, but this year he is a more open interviewee.

He has spoken recently about Michael, who suffered serious head injuries in a skiing accident in 2013, reportedly saying in an RTL documentary that he was using tips given to him by his father.

Lawrence Barretto, F1.com’s senior writer, interviewed Schumacher in Bahrain last year and again in Germany this season, where Schumacher was set to make his F1 practice debut only for the September rain to delay his bow.

“He’s well trained in terms of the media because he’s advised by the same people who advised his Dad,” Barretto tells CNN Sport.

“This year, he’s relaxed more into his role as a racing driver. He is much more expansive and open about his experiences and Formula One, and he speaks very eloquently about his Dad, and he’s coming across more as a confident driver who should be able to handle the media pressure that will come with the Schumacher name.”

Does he merit his F1 seat? 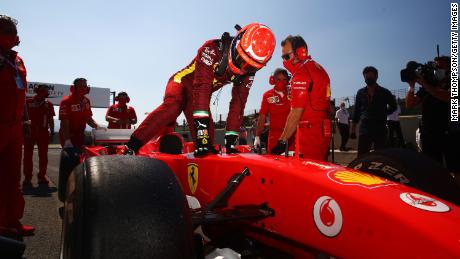 Announced as one of two new drivers for American team Haas for the 2021 campaign, is Schumacher good enough to compete in F1? As Schumacher himself has said, “My name won’t put me to the top of the championship.”

“He more than deserves his chance in F1 next year,” adds Barretto.

“Admittedly, he’s got the best team in F2, but you’ve still got to make the most of that package. I also arguably think that he’s got it harder than most of his rivals because of the pressure that comes with his name.

“It would be very easy for him to succumb to the pressure, to make mistakes, to ultimately not be as fast as what his father used to be, but he seems to be coping with everything super impressively and delivering results consistently.

“If you can deal with pressure, that’s a huge part of impressing in Formula One. If you look at many drivers on the grid throughout the years, it’s the pressure that seems to tell, even if they’re super talented.

“He’s going to be a good [F1] driver. I don’t think there are many people in our lifetime who will be able to match what Michael’s done. You’ve got Michael and Lewis [Hamilton] up there and they’re comfortably ahead of anyone else.

“From what we’ve seen, I don’t think he’s going to be matching Michael, but I still think that he has the potential, he’s shown enough so far to be a race winner and contend for world titles. I just don’t think we’ve seen enough yet to suggest that he’s going to come close to matching his father.”

‘The Schumacher name will excite people’

It would be unrealistic perhaps to expect the 21-year-old to match the feats of his father, a driver who dominated the sport in the ’90s, winning 91 Grand Prix races, gaining 68 pole positions and 155 podium finishes — all records before Hamilton came along to break them all.

In Schumacher’s favour next season will be the fact he will be racing for a team not expected to be in contention for race wins, let alone the title. He can, says Barretto, learn at his own pace because an F1 driver needs to absorb copious amounts of data, spend hours with his team and work relentlessly to get the best out of the car over a race weekend.

“He can use next year as an opportunity to learn all those skills without too much expectation that he’s going to deliver big results because, ultimately, the car won’t be able to do that,” Barretto explains.

“His key thing next year is essentially to make sure he beats his teammate [Nikita Mazepin] and if he does that then that’s a win for him.” 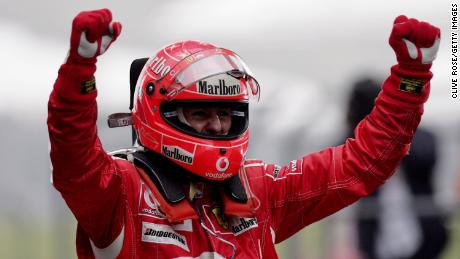 For Rosin, he has no doubt Schumacher will succeed in motorsport’s toughest category.

“He’s a race winner, he’s a driver who works with engineers, he’s a driver who understands the technical, how the car is behaving and, of course, he has a great race craft. His race craft his amazing, he sees the first couple laps of the race he knows where to put the tires.”

No-one should expect too much too soon from a driver whose rise has been gradual. Rosin describes Schumacher’s recent success in F2 as a five-year process.

But Schumacher’s presence on the F1 grid will no doubt be a boost to the sport and his team.

“It’s important for the future of Formula One, and this next generation, that we have big names that excite people, and this Schumacher name is going to excite people, regardless of whether they’re interested in F1 or not,” says Barretto.