David Fincher has had plenty of hugs. Thank you

Jack Fincher retired from journalism right around the time his son, David, was moving from directing music videos for the likes of Madonna and George Michael to making his first feature film, “Alien 3.” Jack, a lifelong movie fan, told David he’d like to try writing a screenplay. David encouraged him to delve into the story of Herman Mankiewicz, the co-writer (or, perhaps, sole writer) of Orson Welles’ 1941 landmark “Citizen Kane.” Jack wrote eight drafts of the screenplay, homing in on the journey of the self-sabotaging Mankiewicz as he stops betraying his talents and paints his one masterpiece (relatively) late in life.

The Sundance Film Festival had to be totally reimagined. Tabitha Jackson met the challenge

For these Mexican filmmakers, all art is political. ‘Identifying Features’ makes it personal

Father and son could never quite crack the script, and Jack died in 2003 of pancreatic cancer. Those eight drafts of “Mank” sat on a shelf in David’s office for years until Netflix executives Ted Sarandos and Cindy Holland asked Fincher about his dream unmade project. That was two years ago, and “Mank” has consumed most of Fincher’s waking hours since.

The black-and-white movie, starring Gary Oldman in the title role, premiered in a handful of theaters last month and arrives on Netflix today. It figures to be a force in this year’s awards season, such as it is. It’s certainly the warmest movie Fincher has made in a career founded on the notion that “people are perverts.”

Fincher called the other morning. He was disarmingly polite, by turns generous and evasive, and full of the sardonic humor that courses through his films. “I’m a little groggy,” he said, noting that he didn’t get much sleep the previous night, “but hopefully I know the answers to these questions.”

There’s a line in “Mank” saying you can’t capture a man’s life in two hours. All you can hope is to leave an impression. What feeling do you hope “Mank” leaves with people?

I just hope it’s an appreciation of somebody who cast a long shadow in his own way and in his own time. Hopefully, he will be amusing again to people who may or may not have ever heard his quips and witticisms.

If memory serves, Oldman is in every scene of the movie. Is that right?

Yeah. We joked: You are in every scene. But you’re lying down in half. [Mankiewicz is bedridden through much of the film.] But that happens a lot to me. I remember shooting “The Game,” and Michael Douglas’ people came by to say, “How many scenes is he not in in this movie?” Oh. He’s in every scene. It hadn’t occurred to me until then. It’s a little like “Chinatown.” You forget that entire movie is seen over Jack Nicholson’s shoulder. There’s no scene that is not divulging information that he needs or assumes he already has. It’s a very subjective approach. But yeah … Gary was a complete trooper, ready to do what it took to make it as good as we could.

And he does a lot. He embraces Mankiewicz’s flaws as both debilitating and, yet, constituting much of his charm. You’re aghast that he bet $5,000 to see how long it’d take for a falling leaf to hit the ground. But his wit wins you over. Of course, we only have to live with him for a couple of hours.

My experience with Gary is that he’s almost obscenely honest. There were a lot of reservations about Mank as a character because, more than anything, he needed to be human. You can’t just load a character up with all the best quips. You have to understand why people are frustrated with him. And a lot of actors, without saying it, may have wanted to tone down the alcoholism because it’s a little too real. But Gary … Sid Vicious was not a particularly likable guy. [Oldman played the Sex Pistols bassist in the 1986 movie “Sid and Nancy.”] Yet you find him insanely human because Gary just vibrates that courage of commitment.

It sounds like you two shared a similar approach, which hasn’t always been the case with your actors. You once said, “If you didn’t get hugged enough as a kid, you won’t find what you’re looking for from me.”

I may have been more than a little flippant because I’m prone to that. I have a very different philosophy about casting now than I used to. Before, it was worth doing anything if you can get an amazing person in a role. But I also realized that there’s just not enough time for more than one special personality. You can’t have three or four cast members who require an inordinate amount of attention. That can be trying for the entire unit. I enjoy working with self-starters. You have the conversation, and they can’t wait to be done with the conversation so they can get on with showing me what they intended to do. But those are few and far between.

Did you get hugged enough as a kid?

Your dad taking you to see “2001: A Space Odyssey” at the age of 7 could be considered a hug. Certainly a gift.

You know what was the gift, more than the actual experience of seeing the movie? It was the conversation afterward. “So then he goes down a tunnel of light,” and my dad would just smile and say, “If that’s what you saw, sure.” He was very much about film being an interpretive art. There’s no one way to look at any of this. And that was a freeing and troubling concept.

What was your favorite movie at that time?

As a 7-year-old, it was “Butch Cassidy and the Sundance Kid.” I probably saw that 25, 30 times. There was a beginning, middle and end, and you knew exactly what story they were telling. But the space between, there were so many moments you could just reappreciate. It wasn’t the task of getting your arms around it in the same way “2001″ was. 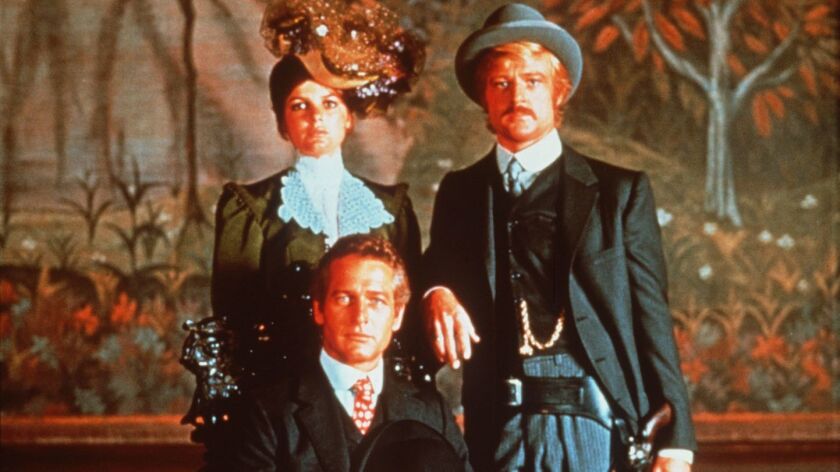 There’s a story about your father writing a novel and then burning it in front of your mother because he wasn’t satisfied with it.

I’ve had that instinct. [Laughs] If I could burn some of my music videos, I would.

Oh my God, that f—ing list. [Laughs] I was asked to generate a list of influential films I had seen growing up, so I listed them for my assistant to type them up and send them. It was forwarded to this publication who, in all of their excitement, decided to print it and then somebody in first-month Photoshop decided to add “my greatest movies” or something like that. I certainly no longer get involved in these twee little exercises, so I’m not going to address that list.

[Laughs] I was just going to ask how many of those movies you saw with your dad.

Oh. I would think half maybe.

Most of them date from your youth. I think the latest is “The Road Warrior.”

You took him to “Alien” too, right?

Oh yeah. That was hilarious, seeing him squirm in his seat. “Jaws” too. I had seen “Jaws” and insisted that he go with me to see it again. He had heard, “Oh, the shark is rubbery” and all the stuff that naturally qualified resistance as an adult. And he just flipped out and thought it was great. 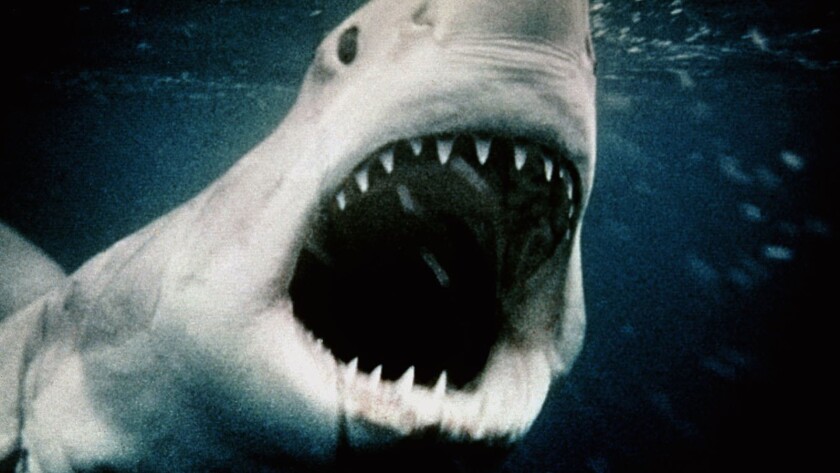 Once you became a parent, did you do a similar sharing of movies with your daughter?

Yeah. My wife walked in on me showing “The Exorcist” to her when she was 8. [Laughs] I was like, “You’ve got to see this to truly appreciate what life in the ‘70s was like. This is a movie that people waited in long lines to see.” And she was fairly nonplussed. When you’re the offspring of a movie director, you’ve been on a lot of movie sets. You’ve seen so much. [Pause] Maybe it wasn’t “The Exorcist.” Maybe it was “Alien.” One of them. I showed her a movie that was highly inappropriate and she had a great time, thought it was really good and went about her business. She was not scarred in any way.

I’m sensing, though, that your wife was not on board with this.

When discussing “Mank,” you’ve said that “Citizen Kane” is no longer the greatest American movie …

Well, maybe not anymore. Maybe at its time it was.

Are you willing to nominate a successor?

Wait. You have a top five Easter movies list?

I remember watching “Ben-Hur” on TV every Easter. It’s sort of calming to see in all of its Technicolor. I remember “The Wizard of Oz” always used to play on network television and there was always a negotiation with my parents — and this is from the second or third grade — “If we take our baths early, can we stay up and watch all of it?” A friend said there’s a connected memory for anyone born between, I don’t know, 1959 and 1964: Your hair is wet, you have a towel around your head, you’re in your pajamas and the Cowardly Lion runs down the hallway, jumps out the window and you cut to commercial. I know 50 people who have that as a shared sense memory.

Thinking about the conversations you had with your father after seeing films together and how you valued them, did you feel that making “Mank” continued those talks in some sense?

I suppose, tangentially. But the act of appreciation is almost the inverse of moment creation. You have to be thoughtful and articulate about the response you wish to elicit from the audience. But the discussion was much more “inside out.”

At 58, you’re almost as old as he was when he started writing the screenplay. Has the passage of time deepened or changed your understanding of what he wrote?

I think I saw, in retrospect, that his identification with Herman had a lot more to do with assessing one’s legacy than maybe I realized.

Did you know that the one place in L.A. County you can see “Mank” on a big screen is a drive-in in the City of Industry? It has been playing there for weeks.

Wow. A drive-in? You don’t really think of drive-ins playing a black-and-white movie. That’s kind of odd. I remember seeing “Dirty Mary, Crazy Larry” and “Vanishing Point” and movies like that at drive-ins. They were usually lurid, [Roger] Corman-esque.

To me, the graphic nature of this hole in the sky when you see the glow of the city in the background and the clouds underlit by sodium vapor and metal halide lamps, and then the notion of this rectangle that looks like a portal and that being in black-and-white is just not something I ever imagined. That’s kind of great. I’ll have to go. You know, park across the street. Save three bucks! [Laughs] That’s how I remember “Dirty Mary, Crazy Larry.”

Six of the best flexible flight and holiday offers, from Mauritius to Florida

Six of the best flexible flight and holiday offers, from Mauritius to Florida

Chase Elliott’s team will be on pole for Rolex 24