As a kid living with his single mother in low-income housing, DiGrazia and his two siblings were prepared to have “a rough Christmas.” “My mom was trying to make ends meet and also find a way to get some presents for us kids,” he remembered. She told him to write a letter to Santa asking for two things, to give Santa some options.

“The only thing I could think to ask for was either an alarm clock, because I didn’t have one of my own, or a radio because we didn’t have a TV or radio in the house,” said DiGrazia. “When I opened up the present, it was an alarm clock radio. It was exactly what I wanted and I kept it for a really long time.”

The gift left a indelible impression on DiGrazia, who has been paying it forward for the past six years as a volunteer with Operation Santa, the 107-year-old United States Postal Service program that funnels hundreds of thousands of kids’ Santa letters to people looking to fulfill their requests.

Today DiGrazia and his nonprofit Santa’s Knights adopt as many as 400 letters each year, personally shopping for, wrapping and delivering gifts to kids in the New York City area. “It’s an ongoing way to continually have Christmas magic in my life and to relive those childhood moments,” said DiGrazia. “It really is an immeasurable experience to be a part of that machinery. Every year that goes by, I want to help more.”

Director Dana Nachman first heard about Operation Santa through Deborah Halverson’s book “Letters to Santa,” which was released in tandem with the program’s centennial in 2013. “I would read it every year to my kids and I just fell in love with the story,” she said.

After flirting with the idea of adapting it into a film for several years, Nachman finally got the OK from the USPS to showcase the inner workings of the operation for “Dear Santa,” now available on demand and in select theaters. The heart-warming documentary offers a behind-the-scenes glimpse at some of the generous strangers who pitch in to lighten Santa’s load, including Jamie Truby, a mail carrier in Chico, Calif., who has participated in the program for a decade.

Jamie Truby, a Chico, Calif., mail carrier, has been participating in the U.S. Postal Service’s Operation Santa program for 10 years.

“It’s something that’s kind of been handed down from carrier to carrier,” she said. For the past four years, Truby has been in charge of procuring and wrapping items, last year delivering more than 160 gifts and nearly 40 letters from Santa in her area (her co-workers pitch in financially and help with distribution).

“On Christmas Eve, I [give] the presents to the carriers and the carriers knock on each door with this wrapped present — all it says is it’s from Santa Claus,” she said. “The kids are so excited, like, ‘How did you know?’ And the parents often have no idea we’re even doing it. They’re like, ‘Oh my God, I didn’t think the letter was going to go anywhere.’ And I’m like, ‘Well, yeah. It did.’”

“I’ve wanted to tell this story for [seven] years,” said Nachman. “I always thought it was hugely compelling, but probably never more so than now. I intended the film to be a love letter to the United States Postal Service and it’s really exciting to give [appreciation] when they need it most.”

Despite being raised Jewish, the filmmaker has had an affinity for Christmas since she was a kid visiting the local mall Santa with her mom. “I had no idea that Jewish kids didn’t do this because my mom took me every year,” she said with a laugh. “We never had a Christmas tree or anything, but every year the one thing I would ask for would be to [go see Santa].” 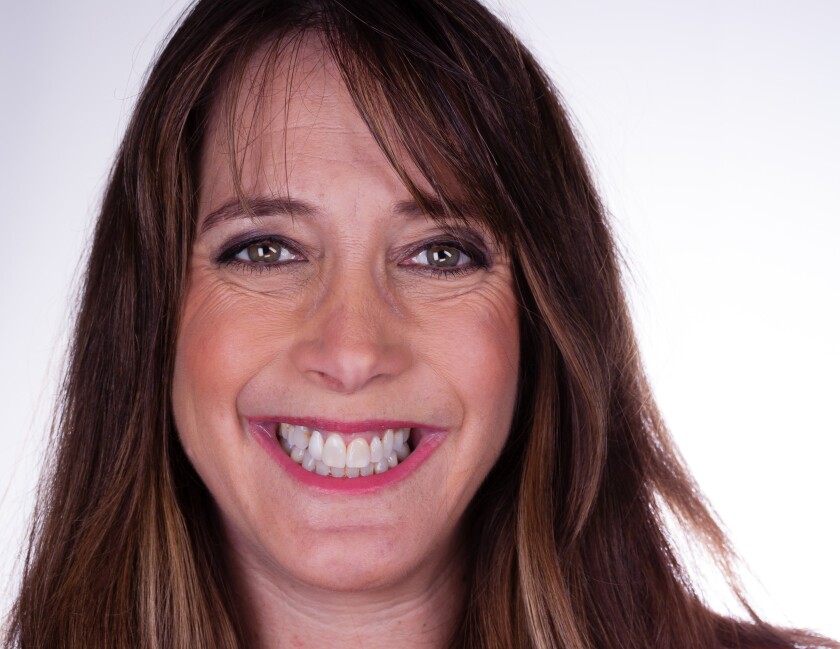 Each December since 2013, Nachman reflected on the cinematic potential of “Letters to Santa” as she read it to her kids, but “you can’t very well call over to the United States Postal Service in their busiest week,” she said. “Finally in 2018 I said, ‘Enough is enough. I need to just write to them and they can deal with it in March if they want to.’ And they wrote me back right away. We talked for several months and they brought it up the chain and eventually agreed.

“They did have two major concerns,” she added. “The first was that I promise not to ruin Christmas for kids. I never had any intention of doing that. I love Christmas and I had every intention of making this film family-friendly and spoiler-free.”

The second involved how she would scout participants without violating the USPS’ strict privacy terms. “We had to come up with an elaborate plan,” said Nachman. “I would see the letters after [the USPS had redacted personal identifying information] so I wouldn’t know anything about the origin. Sometimes it would have the first name of the kid and nothing else.” 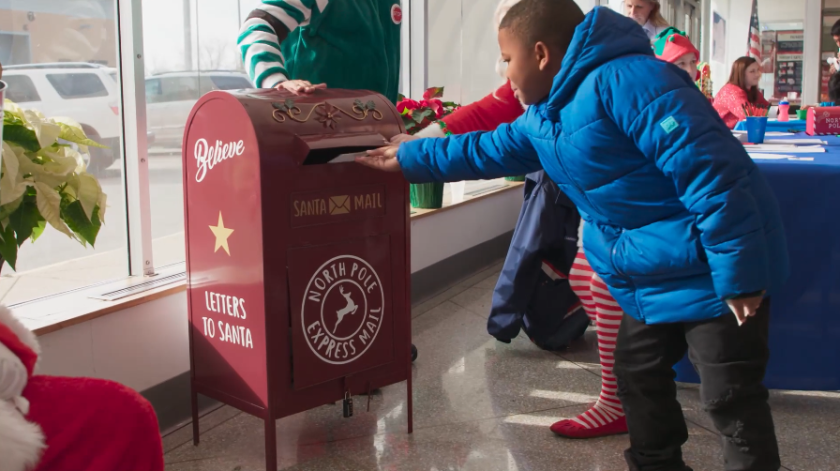 A child mails off a letter to Santa in a scene from Dana Nachman’s “Dear Santa” documentary.

After selecting potential subjects, the USPS would send express mail letters to the parents explaining Nachman’s interest, along with her contact information. If they agreed to participate, “Then we would book the flights,” said Nachman. “We just had to go wherever they were.”

That included the “North Pole” — to film “Santa’s elves” in action. “The elves are very, very busy so they were very eager for us to do what we had to do and leave,” said Nachman. “But it was pretty amazing to see all the letters come in and see how they were classified.”

Nachman hopes the film inspires more people to adopt letters — this year marks the first time the program is nationwide and, due to COVID-19 restrictions, exclusively online — and perhaps helps to restore faith in humanity during challenging times. “If [the movie] just brings you joy and cheer and all those good feelings, then great,” she said. “But over the last several years I’ve had a hard time feeling patriotic. And when I was making this film, it brought me back to that feeling.

“Most of the protagonists of this film are USPS workers. And I feel really proud to follow these people around because they’re doing work that’s very patriotic in my mind. They’re helping people in their spare time with their spare change, and I think that’s very American. So I hope people come away feeling reminded of the best of America.”

Who is Timothy Harleth: The man that will defy history and welcome Biden to the White House instead of Trump

Who is Timothy Harleth: The man that will defy history and welcome Biden to the White House instead of Trump

What we know about Biden’s inauguration plans