Meet the woman tasked with turning around scandal-plagued Bon Appétit

This friend, a restaurant owner, suggested that Davis throw her name in for consideration, but the book publishing executive hesitated.

“And I thought, ‘Sure,’ thinking, ‘Well, that’s not going to work because I have no magazine experience. It’s just not going to work,'” Davis told CNN Business in a phone interview earlier this month.

“Dawn thinks from 30,000 feet. You will see it through the content,” Samuelsson told CNN Business. “It’s going to dramatically change. It’s going to be dramatically more inclusive, and that then impacts the industry and that forces our competitors to look at that space. It’s needed.”

The food media industry has long been accused of promoting a “White aesthetic” that props up White chefs and personalities, as Navneet Alang wrote for Eater. This summer’s reckoning over racial injustice prompted many to examine and call out the complicity and bias in their own industries. Those in food media saw Rapoport, who apologized for his “failings,” and Los Angeles Times food critic Peter Meehan lose their jobs over allegations of toxic or discriminatory behavior. Meehan apologized but also said that a number of the allegations against him are not true. Just before the summer, The New York Times put cooking columnist Alison Roman on leave after she criticized Marie Kondo and Chrissy Teigen, two successful women of color. Roman apologized and said she was “deeply embarrassed” about comments she made.

Davis is joining Bon Appétit as somewhat of an outsider — not only because she is the magazine’s first Black female editor in chief, but also because she came from the book publishing world, where she worked for 25 years. But Davis is no food neophyte. She has written and edited books about food, and as an avid home cook, she’s known to be on the side of “living to eat” rather than “eating to live.” Will that be enough to renew confidence — from employees, advertisers and readers — in Bon Appétit?

After graduating from Stanford, Davis started her career on Wall Street. Her job as an analyst at an investment bank was demanding and not what Davis considered to be “soul satisfying.” Despite the long hours, Davis found time to relax by taking part time cooking classes at the French Culinary Institute.

“Everyone was on the Harvard Business School track, and everyone was going to — and did go on — to have these uber successful jobs on Wall Street. I just had to follow this passion for learning to cook and playing in the kitchen, and I did,” Davis said. 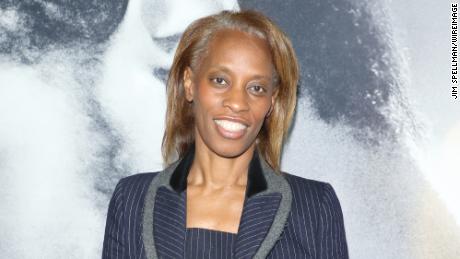 In 1989, she won a scholarship to study literature in Nigeria. Davis said she loved reading books at a young age, but she did not know that it was possible to have a career in the book industry until that flight to Nigeria where she sat next to a book publisher on the plane.

“They say, ‘If you can’t see it, you don’t know that you can be it,'” Davis said. “I just had never met anyone who actually published books.”

But jumping from Wall Street to book publishing was financially risky. Davis said the career change meant cutting her salary in half. She took the leap anyway even after her friends and family questioned her decision. But she loved the job so much that at one point she thought, “When they discover how much fun I’m having, they’re going to cut my salary back.”

“Lived to see my memorial”

Davis rose through the ranks and worked in some of the world’s most famous publishing houses, including Random House, HarperCollins and Simon & Schuster. Despite being new to the field, she quickly gained confidence in her ability as an editor.

“I knew that I could be an advocate, a great advocate for any book that I was excited about,” Davis said. “I never doubted that an author would have someone who was more passionate, who was going to dot more I’s and cross more T’s than me and just edit it to the Nth degree.”

In the 1990s, while working at Random House, Davis met Jonathan Karp — the publishing executive who would later recruit her to Simon & Schuster, where he would then become CEO.

“We both share a deep interest in cultural works of nonfiction,” Karp told CNN Business. “Dawn has great presence. I liked her the minute I met her.”

He recalled that they tried to buy Eric Schlosser’s “Fast Food Nation” together but didn’t get it.

Davis has since edited Pulitzer Prize winning books like Edward P. Jones’ “The Known World” and Chris Gardner’s “The Pursuit of Happyness,” which was turned into a movie starring Will Smith. She is lauded for promoting Black authors and amplifying the stories of marginalized people, which became the focus of 37 Ink, her own imprint at Simon & Schuster.

“I think that a lot of people would say that she’s probably the leading Black woman in the editorial world of publishing. There are other Black editors, though, and I don’t want to in any way overlook them, but Dawn stands tall,” Karp added. 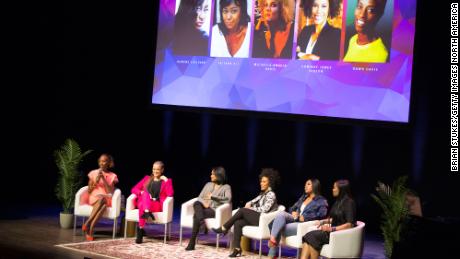 Karp said he saw her success as “remarkable” and had hoped that she would continue the rest of her career at Simon & Schuster. But in August, Davis shared the news of her departure with her boss, colleagues and authors.

“I feel like I lived to see my memorial,” Davis said. “I heard this more than once: ‘It’s great for you personally, and it’s great for Condé Nast, and it’s great for magazines. But it’s a loss for book publishing.’ I had been a champion of Black voices in particular and people of color in general and just quality publishing for a long time.”

But editor in chief at Bon Appétit was a role she could not turn down.

Davis’s early memories of food revolve around family. She recalled going to Marie Callender’s in Los Angeles with her family — a weekly ritual that meant her mother and aunt could take a break from cooking. She loved Christmas Eve when her aunt would make gumbo, inviting not only family but also neighbors and friends to enjoy.

“The joy and the selflessness that my Aunt Stella gave to cooking for other people,” Davis said. “I link food and community and celebration and just being together.”

Later, living and working in New York, Davis was exposed to a vibrant restaurant scene. She became a regular customer at Scandinavian hotspot Aquavit, where she began a lifelong friendship with executive chef, Marcus Samuelsson.

“She wasn’t just a regular customer,” Samuelsson said. “She was like, ‘Why are you doing this? What’s in the food here?’ She had questions around the food.” 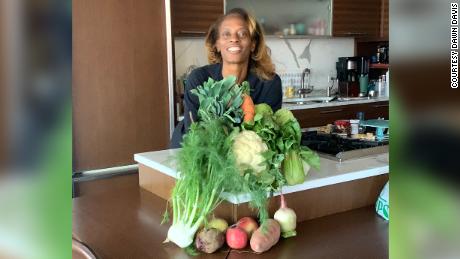 Davis said her husband teases her for remembering the specific details of a meal — but not what they discussed while eating it. “I’ll say, ‘Oh my god, yes. You had the pork chops with the sage butter and the blistered green beans, and I had…’ Meanwhile, I won’t be able to remember something super, super important. It’s a funny insight to the way I prioritize food.”

Although Bon Appétit is Davis’ first job in magazines, it won’t be her first experience in food journalism. She interviewed celebrity chefs including Edna Lewis and Bobby Flay for her 1999 book, “If You Can Stand the Heat: Tales from Chefs and Restaurateurs.” Karp said he was not aware of Davis’s love of food but “could have guessed it” since she had recently acquired a cookbook for the publishing house.

Davis is not the only recent addition to the Bon Appétit team. In addition to Samuelsson serving as an advisor, Condé Nast hired Sonia Chopra, former director of editorial strategy for Vox Media’s Eater, as executive editor. Chopra’s hiring announcement came the same day as the resignation of three journalists of color from Bon Appétit’s Test Kitchen videos.

Chopra said Davis, who she had not met but had heard of, was a welcomed choice. 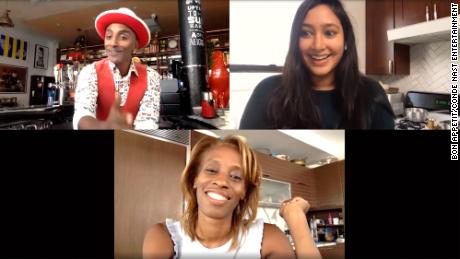 “I think media is an industry that can be very insular,” Chopra said. “Dawn — somebody who was such a leader and such a powerhouse in publishing — is coming to the industry really with clear eyes, with no preconceived notions about how a magazine should be billed or what a front of book is. I think it’s going to be so refreshing.”

Davis has been on a listening tour at her new job, fielding questions and comments about the culture and the treatment of individuals at Condé Nast.

“Some of the people I talked to were people of color who felt that they were listened to, that they were respected, that there’s obviously work to be done,” Davis said. “But those challenges didn’t scare me away from this opportunity. Honestly, most American companies of a certain size and of a certain length of existence have this work to do.”

Tags: Bon Appétit needs to change. Its new editor in chief is ready for the challenge - CNNmedia
Share196Tweet123Share49