President Francisco Sagasti said that he had accepted Elizabeth Astete’s resignation and an investigation was under way into other senior public officials who had received early doses of the Covid-19 vaccine.

Deputy health minister Luis Suárez Ognio has also resigned over reports that he got vaccinated ahead of health care workers.

The scandal broke on Thursday when Peru’s former president Martin Vizcarra, who was ousted from office on November 9 over corruption allegations, confirmed a report that he and his wife had received shots of a vaccine from the Chinese state pharmaceutical company Sinopharm in October.

Vizcarra claimed that he and his wife, Maribel Diaz Cabello, were vaccinated as part of a clinical trial, but Cayetano Heredia University, which is in charge of the trials, denied that they had participated as volunteers. 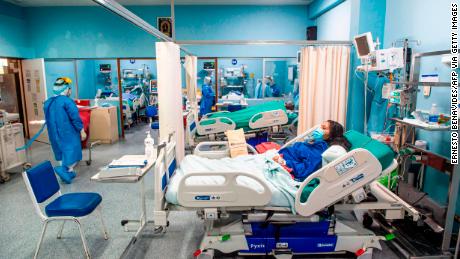 During Vizcarra’s administration, an extra 2,000 doses of the Sinopharm vaccine had been received by Peru and “some senior public officials were vaccinated,” Sagasti tweeted.

Speaking to local radio RPP on Sunday night, the president expressed his indignation with the scandal and claimed the doses used to vaccinate government officials were donated by Sinopharm and were not part of the batch used for the trials led by Cayetano Heredia University.

“With the transparency and firmness that characterizes our Government, we will publish the results of the investigation and the information provided by Cayetano Heredia University’s Center for Clinical Studies,” he added.

Astete, who led Peruvian negotiations to buy Sinopharm’s vaccine, said in a statement on Sunday that she had been vaccinated on January 22 with what she believed to be the “remaining doses of the batch held by the Cayetano Heredia University.”

“As a result of the recent disclosure about the vaccination of (former) President Vizcarra and his wife, as well as the understandable impact that this news had on public opinion, I am aware of the serious mistake I made, which is why I decided not to receive the second dose,” she said.

Peru received its first 300,000 doses of the Sinopharm vaccine on February 7 and began distributing it to frontline health care workers two days later — becoming the first Latin American country to do so.

The country has inked other agreements with Pfizer and Oxford-AstraZeneca, but those vaccines have not yet been rolled out there.

Peru is currently grappling with a resurgence of the virus, reporting more than 6,000 cases a day — the fifth highest Covid-19 case count in Latin America, after Brazil, Colombia, Argentina and Mexico, according to data from Johns Hopkins University. It is also facing a shortage of intensive care unit beds and oxygen as cases rise.